Chinese-Funded Entities in Sudan Urged to Take Precautions After Coup 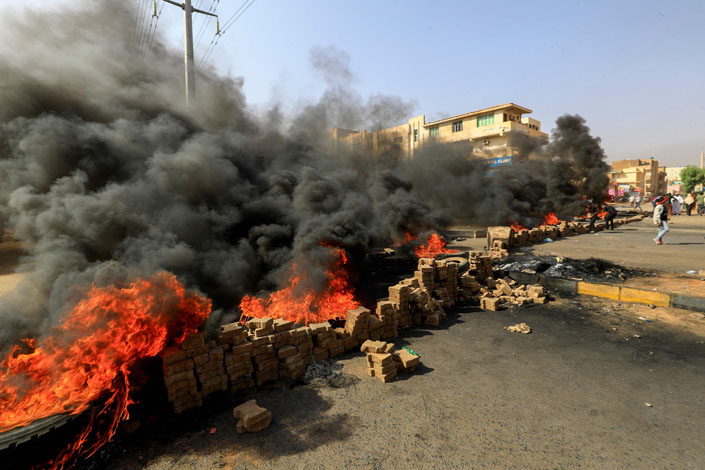 The Chinese Embassy in Sudan has urged all Chinese-funded entities in the country to immediately make emergency safety provisions, gather staff members and temporarily suspend work following the military coup, according to state media.

The embassy in Khartoum said it has prepared necessary emergency supplies and is operating normally. It also reminded Chinese citizens in the country to take safety precautions, stay indoors and keep in touch with the embassy.

Wang Wenbin, Chinese foreign ministry spokesperson, said at a regular press briefing on Monday that China “calls on relevant parties in Sudan to resolve differences through dialogue and maintain national peace and stability.”

“China will closely follow the developments and take necessary measures to ensure the safety and security of Chinese institutions and people in Sudan,” he said.

The U.N. Security Council has scheduled a closed-door emergency meeting on the coup for Tuesday, according to media reports.

U.N. Secretary-General António Guterres condemned the coup in a statement posted on Twitter. “There must be full respect for the constitutional charter to protect the hard-won political transition,” he wrote.

The African country has been ruled by civilian and military leaders following a power sharing agreement to establish a joint committee known as the Sovereign Council after the country’s former president Omar al-Bashir was overthrown in April 2019. The transitional government was established in September that year.

China and Sudan have a long history of engagement, with diplomatic relations established in 1959. China has been providing economic aid to Sudan since 1970 and the trade volume between the two countries has grown steadily in recent years, according to the Chinese foreign ministry. Last year, bilateral trade volume reached $3.27 billion, a year-on-year increase of 19.2%.

The two countries have also been cooperating in areas including oil, geological and mining exploration, textiles and medical care. The oil giant PetroChina Co. Ltd. has five projects in Sudan.