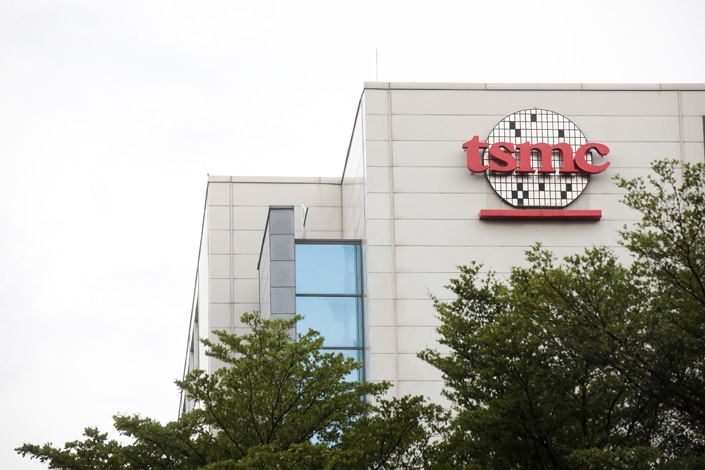 Taiwan Semiconductor Manufacturing Co. Ltd. (TSMC), the world’s largest contract chipmaker, said that it will not hand over “confidential client information” to the U.S. government, in a latest response to Washington’s request for chip firms to share their supply chain data amid a global semiconductor shortage.

The U.S. Department of Commerce on Sept. 24 issued a Request for Information (RFI) that asked American and foreign companies in the semiconductor supply chain — including producers, consumers and intermediaries — to voluntarily fill out a questionnaire within 45 days providing “information about inventories, demand and delivery dynamics.”

It said the purpose was to identify possible hoarding and quantify bottlenecks that have crippled car manufacturing and caused shortages of consumer electronics in the U.S.

“We are considering how to respond to the U.S. RFI, but we will never provide our confidential client information … and will never do what could impair the interests of our clients and shareholders,” TSMC said in a statement on Tuesday when contacted by Caixin.

Although the request is voluntary, U.S. Secretary of Commerce Gina Raimondo said in an interview with Bloomberg on Sept. 24 that the Biden administration would likely consider all possible options including invoking the Cold War-era Defense Production Act to enforce compliance with the RFI.

“We have been actively supporting and working with all stakeholders to overcome the global semiconductor supply challenge,” said TSMC, which counts Qualcomm Inc., Advanced Micro Devices Inc. and MediaTek Inc. as its major clients.

The comments came days after a U.S. Department of Commerce spokesperson told Reuters that it had received indications from several companies that they will share the requested information, including Intel Corp., General Motors Co., Infineon Technologies AG of Germany and SK Hynix Inc. of South Korea.

The semiconductor crunch, which has disrupted supply chains in many industries and is widely expected to persist until mid-2022, is fueling U.S. concerns over its excessive dependence on East Asia for supplies of the key component, leading to growing calls from lawmakers for more initiatives to bring chip manufacturing back to American soil.

According to statistics provided by research firm TrendForce in August, TSMC retained its crown as the world’s No. 1 contract chipmaker in the second quarter of 2021 with a market share of 52.9%, followed by South Korea’s Samsung Electronics Co. Ltd. and Taiwan’s United Microelectronics Corp. with 17.3% and 7.2%, respectively. China’s Semiconductor Manufacturing International Corp. (SMIC), which is on a U.S. export control blacklist, came in fifth with 5.3%.

In a landmark bipartisan effort to reestablish a complete chip supply chain in the U.S., the Senate in June overwhelmingly passed a bill that would provide $52 billion to fund domestic semiconductor research, design and manufacturing initiatives.

However, TSMC founder Morris Chang threw cold water on the multibillion-dollar investment plan, saying at a tech industry forum in Taipei on Tuesday that the U.S. would find it impossible to have its own full chip supply chain even if it spends far more, according to Japan’s Nikkei Asia.

“Even after you spend hundreds of billions of dollars, you will still find the supply chain to be incomplete, and you will find that it will be very high cost, much higher costs than what you currently have,” said Chang, adding that some U.S. tech executives clamoring for the return of chip manufacturing are driven by self-interest.

The remarks by Chang, who retired from TSMC in 2018, came two weeks after current CEO C.C. Wei announced on an earnings conference call plans to build the company’s first-ever plant in Japan, which will focus on 22-nanometer and 28-nanometer technology — the kinds used in many chip types from image sensors to microcontrollers.

In June, TSMC began construction at a site in the U.S. state of Arizona, where it plans to build a factory that is set to start mass production of computer chips using advanced 5-nanometer technology in 2024, Reuters reported, citing CEO Wei.