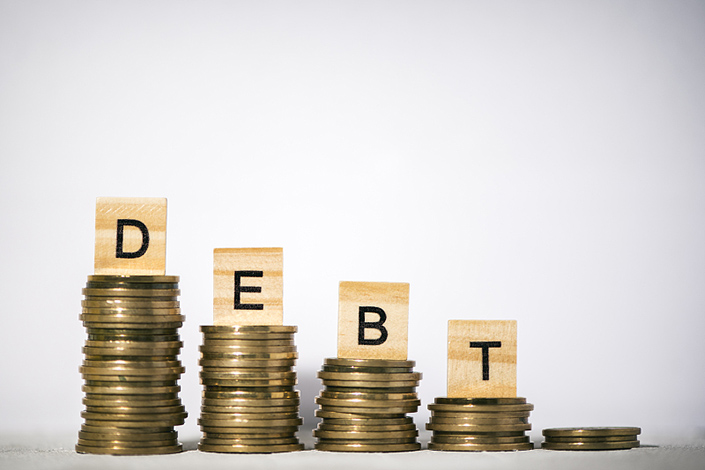 There are no publicly available official figures for the scale of hidden local government debt in China, but some estimates put the number at around 50 trillion yuan. Photo: VCG

On Monday, the Shanghai local government announced a pilot program to achieve “zero hidden (government) debt” within the city. Guangdong province kicked off the same program earlier this month.

“Currently, (explicit) government debt and hidden debt are generally safe and the risks are manageable, which lays the foundation for a regionwide pilot program to wipe out hidden debt,” Guangdong’s finance department said in a statement. Neither region announced a deadline.

In China, local governments’ explicit debt consists of general and special-purpose bonds. Implicit, or hidden, debt refers to off-the-books borrowing that local governments would be called on to repay. Typically, such debt is held by state-owned enterprises, especially local government financing vehicles, or through public-private partnership projects and shady loan contracts.

China’s central government started efforts to clean up local government borrowing back in the early 2010s, after a monetary and fiscal stimulus launched in 2008 to cushion the country from the global financial crisis saddled its economy with one of the highest debt burdens in the world.

There are no publicly available official figures for the scale of hidden debt, but some estimates put the number at around 50 trillion yuan ($7.8 trillion).

In 2018, local authorities pledged to bring down their off-the-books debts within five to 10 years. Over the past few years, some wealthy cities appeared to be making smooth progress, but poorer regions struggled. Some even continued to pile up their hidden debt and skirted rules on borrowing limits.

The thriving Guangdong cities of Shenzhen and Guangzhou will have little problem achieving zero hidden debt, while some of the province’s less developed regions may find it a challenge, a researcher studying localities’ financing and investment told Caixin on condition of anonymity. So, to help the program along, the provincial government may offer support to some counties and cities in cutting their debts, the person said.

Some other provincial regions will likely follow Guangdong and Shanghai, and Guangdong is expected to achieve its goal by the end of next year, sources with knowledge of the issue said.

Fran Wang contributed to this report.