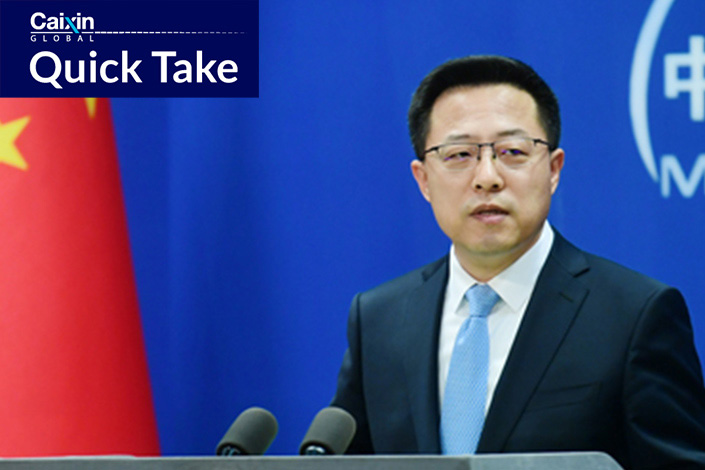 What’s new: China’s foreign ministry has urged the U.S. to stop playing the “Taiwan card,” saying it would “inevitably pose seismic risks to China-U.S. relations, seriously undermine peace and stability across the Taiwan Strait, and gravely harm the interests of the U.S. itself.”

Foreign Ministry spokesperson Zhao Lijian made the remarks Wednesday at a regular press conference, in response to a question about a Tuesday statement by U.S. Secretary of State Antony Blinken.

Blinken called on all United Nations member states to support Taiwan’s participation in the U.N. system, including the International Civil Aviation Organization and the World Health Organization.

Zhao said Taiwan’s participation in international organizations must be handled in accordance with the “One China” principle, which “does not allow unilateral challenge or distortion by the U.S.”

The background: This is not the first time this month that Beijing has reiterated its stance on Taiwan.

Earlier in October, a Ministry of National Defense spokesperson urged the U.S. to stop any form of official exchange or military contact with Taiwan, in response to a question about a U.S. statement that said the Pentagon will help Taiwan maintain its defensive capabilities.

Prudent action on issues related to Taiwan was also included in the detailed ground rules China laid out in late July for engagement with the Biden administration on bilateral issues.