By Wang Bowen and Wang Xintong 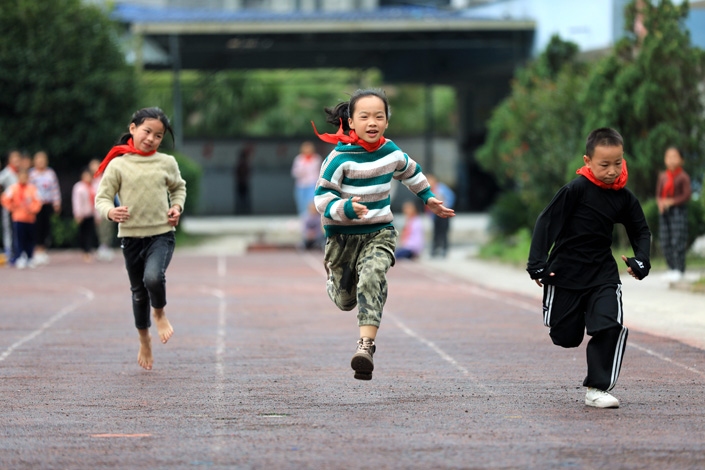 China’s capital is tightening oversight on after-school tutoring companies that offer courses on subjects outside the core school curriculum, Caixin has learned, as part of the ongoing national campaign to take some of the pressure off the country’s notoriously overworked students.

As part of the increased oversight, the Beijing Municipal Education Commission has decided that advertisements for non-curriculum tutoring services belong under its regulatory supervision, Caixin learned from sources at the commission. The goal is to stop tutoring businesses from marketing classes for subjects outside the curriculum, such as sports, music and art, to K-12 students.

The municipal government is also readying additional regulations targeting this type of institution, the sources said.

Beijing is not the only local government taking a closer look at non-curriculum tutoring. The eastern province of Zhejiang has plans to set standards for after-school institutions that teach subjects outside the school curriculum, according to consultation paper issued Friday by the provincial department of culture and tourism. The province’s plans include requirements that all of their classes end by 8:30 p.m. and that each institution has at least 300,000 yuan ($46,918) in startup capital.

Many private curriculum-based tutoring institutions have been busy expanding their businesses into non-curriculum subject since the government in July launched its “double reduction” policy to ease the burdens on students.

Caixin has learned small and midsized companies are hesitating whether to transform their businesses over concerns that they won’t be able to bear the high debts needed to increase their investments to complete the licensing process.

Amid the concern, Liu Lin, president of the China Association for Non-Government Education, said at a Monday forum that many tutoring companies misunderstood China’s private education legislation, believing the government hopes to promote for-profit education. However, only nonprofit tutoring is encouraged for the country’s nine-year compulsory education system.

Besides the added oversight for non-curriculum tutoring institutions, government officials are discussing new regulations for some adult tutoring classes, including vocational courses, Liu said, adding that the number of tutoring institutions in the country is expected to fall to one-third of the current total over the next 12 to 18 months.