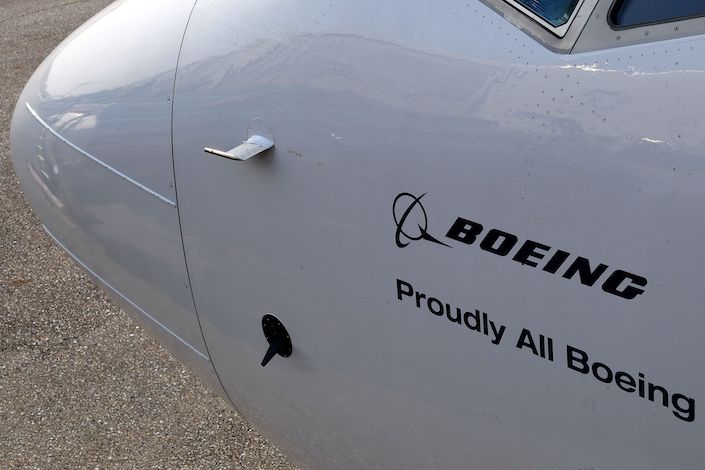 China has the largest 737 Max fleet after the U.S.,

Boeing Co. said it expects to resume deliveries of its 737 Max jetliners to China in the first quarter next year as the American aviation giant seeks to make a comeback in its biggest overseas market after the plane was grounded for nearly three years.l

Boeing is working with Chinese regulators to clear its best-selling model to return to service by the end of this year, according to Chief Executive Officer Dave Calhoun on an earnings call Wednesday. The plane successfully passed a test flight in August, but the resumption of operations is still pending a ruling by regulators.

Several people close to China’s civil aviation administration said the regulator is likely to make its decision in November.

Operation of 737 Max planes was halted in China in March 2019 after two fatal crashes killed a total of 346 people in Ethiopia and Indonesia. The jet was later grounded worldwide. U.S. congressional investigators concluded in September 2020 that failures by Boeing engineers, deception by the company and significant errors in government oversight led to the crashes.

Global operation of the 737 Max started to resume in late 2020 after the U.S. Federal Aviation Administration gave a green light for the plane to return to the skies with an extensive package of fixes. More than 175 countries have so far lifted their grounding orders.

China’s civil aviation regulator, however, has taken a cautious approach. In March, the deputy head of the Civil Aviation Administration, Dong Zhiyi, said China had three main criteria: Changes in design aimed at fixing the plane’s problems need to be approved by China; pilots need to be retrained to fly the jetliners following those changes; and the conclusions of the Ethiopian and Indonesian crash reports need to be clear.

The global grounding of the plane put great financial pressure on the company, which registered net losses in six consecutive quarters since the last quarter of 2019. Boeing returned to profit in the second quarter this year as the plane returned to service in more countries.

In the third quarter, Boeing delivered 62 of the 737 Maxes globally, the highest since the first quarter of 2019. Boeing has 370 of the planes in inventory that are expected to be delivered by the end of 2023, the company said.

China has the largest 737 Max fleet after the U.S., with 97 of the planes in operation before the suspension.