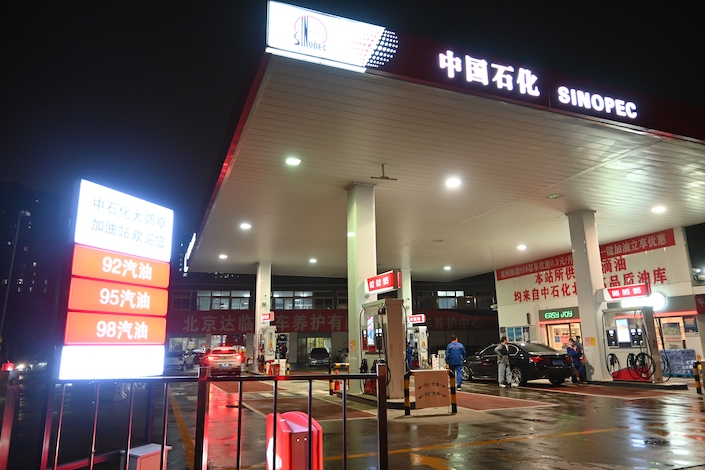 Sinopec to crank up diesel output to ease shortfall

China Petroleum & Chemical Corp. (Sinopec), China’s largest oil refiner, pledged to work in full capacity to fulfill domestic diesel demand in November, aiming to expand output by 29% from a year ago. In October, the petroleum giant’s diesel output is up 20% from January-September. China has experienced a diesel shortfall since September due to rising demand and declining production, forcing some gas stations to ration sales of the fuel that is used for heating, generating electricity and powering cars and trucks.

China’s State Council released an action plan for carbon dioxide peaking before 2030 Tuesday, outlining detailed carbon reduction actions for the next decade. The plan highlights 10 fields where actions need to be taken, including green and low-carbon energy transition and the industrial sector, while reiterating the targets of an 18% cut in carbon dioxide emissions per unit of GDP by 2025 from the 2020 level, and a 65% cut in such intensity by 2030 compared with the 2005 level. The cabinet said China will undertake its carbon reductions under the principle of ensuring national energy security and economic growth and will avoid “overaction” to secure people’s livelihoods and food security.

The National Development and Reform Commission, the country's top economic planner, at a meeting Wednesday discussed plans to set the price of the most-popular, 5,500-NAR grade of coal at 440 yuan ($69) a ton at the pit-head, with a maximum increase of 20% to 528 yuan a ton, according to market sources. The price under discussion would be 60% lower than the current market level. China’s thermal coal futures fell by the daily limit of 10% Wednesday on the news.

Huang Runqiu, minister of ecology and environment, recently vowed to speed up environmental impact assessment for key energy projects to help expand the power supply. Huang said the assessment will be streamlined under law and regulation without sacrificing environmental standards.

Shanxi to stagger production for heavy industries this winter

The local government of China’s northern Shanxi province said it plans to stagger production for gas-consuming heavy industries in the coming four months. The production limits will cover factories producing steel, nonferrous metals, coking coal and building materials. The government also pledged to make gas supply for residential use the top priority and reduce limits for environmentally sound companies that are key to economic growth, employment and foreign trade.

Eastern China’s Shandong province said it will lift curbs on LNG prices for local gas companies, making it the first province to do so. Additionally, imported gas will now be priced according to costs of purchase and distribution. Local gas suppliers in China are being squeezed by surging natural gas prices ahead of winter.

Shandong Energy Group Co. plans to import 1 million tons of coal by the end of the year to ease the domestic coal shortage, according to Shandong Coal Trading Center. The company purchased 600,000 tons coal from Indonesia, Russia and South Africa in recent weeks.

The Shanghai branch of the China Banking and Insurance Regulatory Commission vowed Wednesday to ensure financing access to industries including coal production, power generation, steel and nonferrous metals. Qualified companies in coal, power and heating sectors will be given priority in loan approvals to ensure people’s livelihoods.

Brazilian mining giant Vale S.A. announced a partnership on zero-emissions mining trucks with XCMG Machinery, a subsidiary of China’s largest heavy machinery manufacturer XCMG. According to the agreement, XCMG will deliver two 72-ton, zero-emissions electric mining trucks in the first half of 2022 and a 240-ton electric truck later, which Vale will then test.