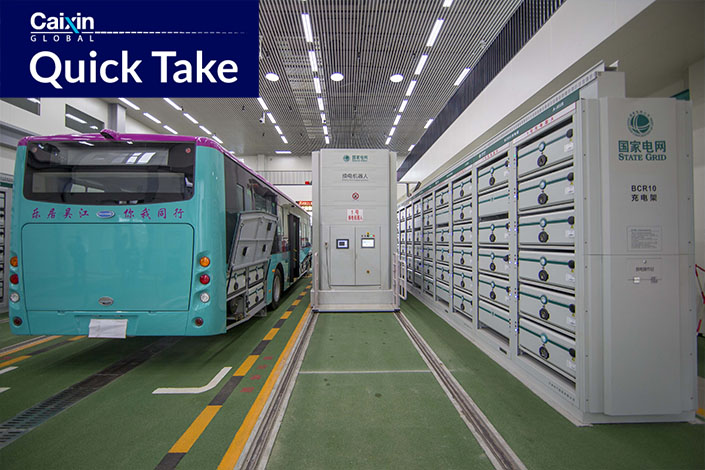 What’s new: The Ministry of Industry and Information Technology (MIIT) has launched a new electric vehicle battery swapping pilot program that aims to support the construction of over 1,000 swap stations.

The program will be carried out in 11 cities, three of which are industrial cities that will focus their battery swap effort on heavy trucks, namely Yibin in Southwest China's Sichuan province, Tangshan in North China's Hebei province, and Baotou in North China's Inner Mongolia autonomous region.

Beijing, Chongqing, and six provincial capital cities are also in the pilot program, according to a MIIT notice (link in Chinese) released Thursday.

Under this program, the MIIT will carry out measures including support for research into related technologies, helping the 11 cities build up their battery swap networks, and issuing relevant financial insurance products in the future.

Background: While battery charging stations have been the focus for the last few years, there is growing interest in battery swapping stations, which were mentioned in this year's annual government work report.

Battery swapping is considered to be more efficient, but most electric vehicles aren’t designed for it.

By the end of June, China had roughly 1.94 million EV charging piles and 6.03 million new-energy vehicles. That compares to fewer than 900 battery swapping stations in the country.