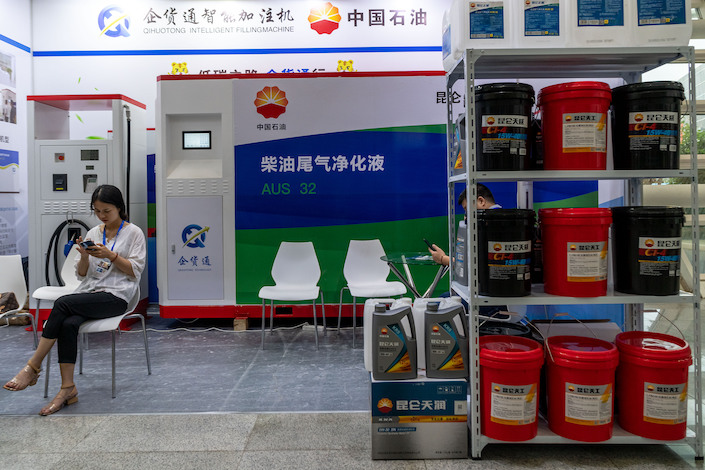 China’s exports of diesel declined 34.99% from a year ago to 776,600 tons in September as the country struggles with a domestic shortage of the fuel, according to energy-market information provider JLC. Diesel exports are likely to continue declining in October as the domestic supply remains tight, JLC said. Many Chinese gas stations have started rationing diesel supplies amid surging costs and falling supplies of the fuel used for heating, generating electricity and powering cars and trucks.

China’s economy showed signs of further weakness in October as power shortages and surging commodity prices weighed on manufacturing, while strict Covid controls put a brake on holiday spending. The official manufacturing purchasing managers’ index fell to 49.2, the National Bureau of Statistics said Sunday, the second month the reading was below 50, signaling contraction. The nonmanufacturing gauge, which measures activity in the construction and services sectors, dropped to 52.4, missing the consensus forecast. The PMI readings show that the economy is under pressure from both the supply and the demand side.

Chinese scientists said they found a way to create animal feed from carbon monoxide on an industrial scale, a technology that will reduce the country’s dependence on imported soybeans. The process uses tail gas containing carbon monoxide and dioxide to create a synthesized cell protein called Clostridium autoethanogenum, according to a research team from Beijing Shoulang Biological Technology and the Chinese Academy of Agricultural Sciences’ Feed Research Institute. The technique is already industrially feasible, the team said.