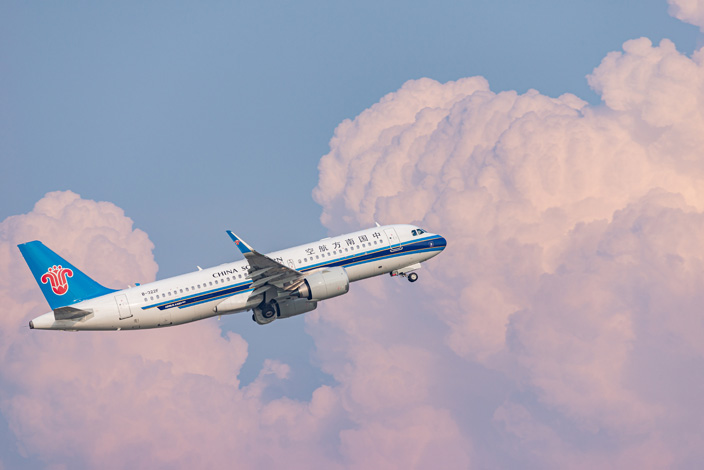 The four carriers attributed their performance to weak travel demand caused by the spread of Covid-19, with Air China and China Eastern Airlines also factoring in increased fuel costs and exchange rate fluctuations.

Jet fuel prices have emerged as a particular source of pain. Just as the airline industry scrambles to recover from the public health crisis, higher oil prices mean the cost of jet fuel in China is likely to jump as much as 18% month-on-month in November to 5,500 yuan per metric ton, according to a report by Guotai Junan Securities.

According to industry rules jointly issued in 2015 by the National Development and Reform Commission and the Civil Aviation Administration of China (CAAC), airline companies are allowed to collect fuel surcharge fees within a range set by the government for domestic flights only when the price of jet fuel hits 5,000 yuan per metric ton. Airlines can charge such fees independently for international flights after gaining approval from the CAAC.

“(Domestic airlines) are waiting to see if the three major carriers (referring to Air China, China Eastern Airlines and China Southern Airlines) will take action (to resume charging fuel surcharge fees),” an industry insider told Caixin on condition of anonymity, adding that a resumption would cause a greater loss of passengers for small and mid-sized airline companies than for bigger ones.

In January 2019, many domestic airlines moved to cancel fuel surcharge fees for domestic flights due to a drop in the price of oil.