Tencent Unveils Three Computer Chips of Its Own Design 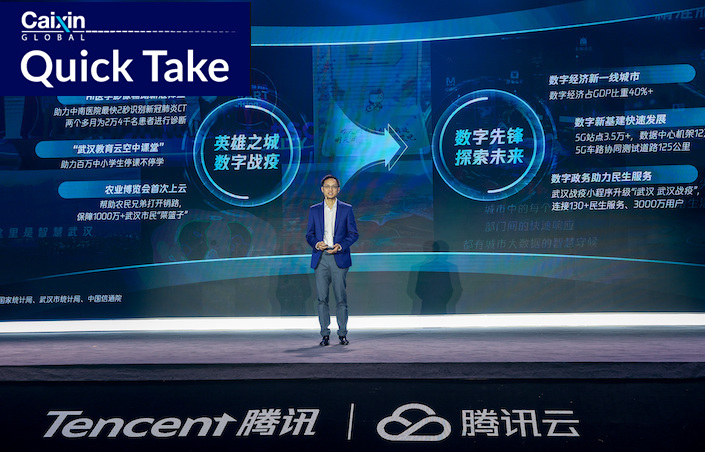 Tencent didn’t display the three chips at the summit or disclose what techniques are used to make them.

The company set up its Penglai Lab in 2020 to design and test chips. Tencent will actively explore development and plans to investment in the field long-term, Qiu said.

In addition, Tencent is actively investing in domestic chip companies. Earlier this year, it participated in a 1.8 billion yuan ($279 million) Series C round of funding at Enflame Technology, which develops cloud-based deep learning chips for artificial intelligence (AI) training platforms and is working with Tencent on a variety of AI applications.

The background: Tencent’s chip development is still in the early stages compared with those of major rivals. Alibaba released its self-developed AI inference chip Hanguang 800 in 2018 and has used it across Alibaba’s e-commerce sites to handle functions that require heavy computing power. In 2019, Alibaba’s chipmaking subsidiary Pingtouge launched the processor chip XuanTie 910, which can be used in applications including 5G telecommunications, artificial intelligence and autonomous driving.

Chinese smartphone makers Oppo, Xiaomi and Vivo have also started making in-house chips to save costs and differentiate their products in competition. In-house chips can be 50% cheaper than those supplied by Intel and Qualcomm.