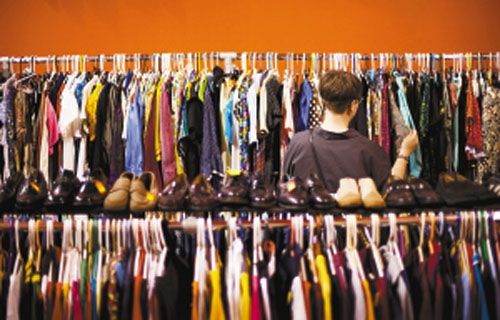 (Nikkei Asia) — A 20-year-old student from China at the University of Toronto in Canada recently made an online purchase of a shirt from China’s Li Ning brand and sent it to her father as a birthday present. The brand looked fresh and was popular on social media, she said, adding that she liked the “China” logo written in Chinese on the shirt.

The sports apparel market in China has long been dominated by American and European brands such as Nike and Adidas, but in recent years, consumers in China — especially young people — have shown growing interest in Chinese brands, led by Li Ning.

The sportswear brand was created in 1990 by Li Ning, a retired Chinese gymnast and gold medalist at the 1984 Summer Olympic Games in Los Angles. He is popularly known in China as the “Prince of Gymnastics.”

As well as sportswear, Li Ning Co., where Li serves as co-chief executive, handles equipment for a variety of sports including basketball and badminton and has a history of more than 30 years as a strong brand for professional sports.

Despite this, the company has faced intense competition with rivals and fell into the red early in the 2010s.

A turning point came in 2018 when the company took part in New York Fashion Week for the first time. As well as displaying sportswear bearing its main logo, it made an impression with a new logo in red and white with the words “China Li Ning” written in Chinese.

Expanding its lineup of sportswear to include fashionable streetwear, Li Ning has since grown to be a brand popular among young people.

Anta is another Chinese sportswear brand rapidly gaining popularity. Anta Sports Products, which manages the brand, is a sports equipment company founded in 1991. Taking advantage of the popularity of athletic events including the 2008 Summer Olympics in Beijing, the company has kept up steady growth.

Anta Sports, as an Olympic sponsor, has drawn attention to its sportswear with Chinese national flag-themed designs. The company provided uniforms to athletes representing China in the Tokyo Olympics and Paralympics this summer. It sells sportswear at its retail stores with Olympic logo-based designs of the same kind worn by Chinese Olympic athletes. With preparations underway for the 2022 Winter Olympics in Beijing, Ding Shizhong, CEO of Anta Sports, said products with Chinese national flag-themed designs would have new growth opportunities.

Both Li Ning and Anta Sports are enjoying strong earnings. In the first six months of 2021, Li Ning logged company-wide sales of 10.1 billion yuan ($1.57 billion), up 60% from a year earlier, while Anta Sports also posted a 60% sales increase to 10.5 billion yuan.

Behind the two brands’ brisk earnings is support from people from the so-called “Z Generation” — or those born after the mid-1990s who are currently in their late teens and early 20s. Chinese consumers, especially those from this generation, are leading the widespread “Guochao” or “national trend” of revaluing domestic brands. Li Ning and Anta are in the vanguard of the trend.

The Li Ning brand “represents Chinese culture and elements and is enhancing Chinese consumers’ empathy towards their country,” said Qian Wei, co-CEO of the company.

In China’s market for sports apparel, excluding shoes, Anta and Li Ning had the third and fifth largest shares of 11.9% and 8.2%, respectively, in 2020, rapidly closing on Adidas’s 19.5% and Nike’s 12.8%, according to British research company Euromonitor International.

International political developments are also favorably affecting Li Ning and Anta. In the spring of 2021, Nike, Adidas and other big Western apparel brands, including Sweden’s Hennes & Mauritz, better known as H&M, faced a boycott in China because they stopped the use of cotton produced in the Xinjiang Uyghur autonomous region because of the alleged abuse of human rights there. The boycott has resulted in an increase in demand for Chinese brands.

Nevertheless, the Anta brand is not highly recognizable outside China. Li Ning remains reliant on the domestic market for most of its sales.

Analysts point out that Li Ning and Anta Sports still need to improve the quality of their products. Chen Yufei, the Tokyo Olympics women’s badminton singles gold medalist, suffered a cut to a toe from a wire-like object inside a cracked shoe made by Li Ning during a match at the China National Games in September. The injury provoked protests against Li Ning, which is believed to spend less on research and development than global brands.

Li of Li Ning is sticking with his aim of making the Chinese brand recognized around the world. Ding of Anta Sports has also expressed his intention of accelerating the globalization of its operations, including the Anta brand.

The presence of powerful Western brands, such as Nike and Adidas, remains formidable even in the Chinese market, and the gap between them and the Chinese brands is widening in the rest of the world.

Li Ning and Anta Sports need to supply products of stable quality and build up relations of trust with consumers if they wish to make their brands acceptable throughout the world. At a time when information, including criticism of copycat or defective products, can spread instantaneously via social media, the raw power of the Chinese brands is being tested.