Haier Founder Zhang Ruimin to Step Down as Chairman

By Zhai Shaohui and Denise Jia 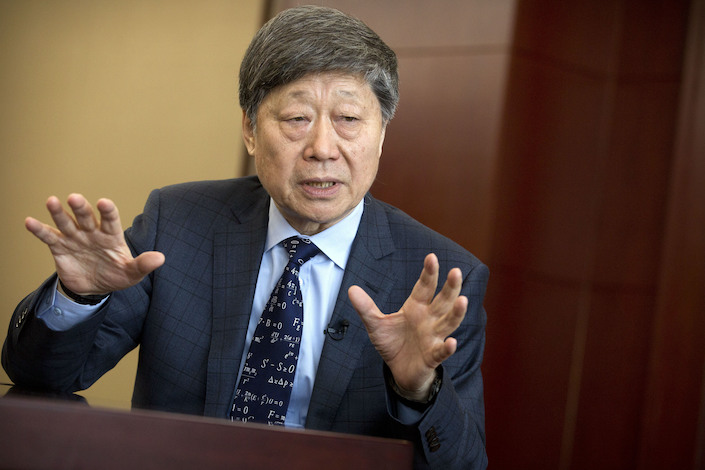 Zhang Ruimin, the legendary founder and chairman of Chinese home appliances and electronics giant Haier Group, is stepping down, the company said Friday in a statement.

The 72-year-old founder volunteered not to participate in the nomination of new directors and will act as honorary chairman, the company said.

Starting in 1984, Zhang transformed Haier from a small, failing refrigerator factory into a global appliance brand with 29 manufacturing plants and more than 70,000 employees globally.

The executive is known for being strict on product quality. Soon after he was appointed general manager of the Qingdao Refrigerator Plant, the predecessor of Haier Group, he smashed 76 defective refrigerators to raise employee’s awareness of quality. He established Haier Group in 1991 and started diversifying into TVs, washing machines and air conditioners.

Zhang implemented stringent, military-style rules at Haier. Employees must push their chairs under their desks when leaving their seats or face a fine of 100 yuan ($15.60). If a shuttle bus driver is late for a shift, he or she must pay for employees’ taxi rides to work.

Haier has been one of the more active players in foreign acquisitions. In 2012, it acquired New Zealand’s top white goods manufacturer Fisher & Paykel. In 2011, it took over Sanyo Electric’s washing machine and consumer refrigerator businesses in Japan and some Southeast Asian countries. In 2016, it acquired General Electric’s home appliance unit for more than $5 billion. In 2018, it purchased Italian washing machine producer Candy for 475 million euros ($550 million).

In recent years, Zhang has been less directly involved in the daily management of the group, while Zhou and Liang gradually played larger roles. Zhang’s stepping down shows his recognition of the two successors, home appliance industry analyst Liu Buchen said.

Zhang has been more focused on Haier’s management model. In 2005, Zhang created a business model called “rendanheyi,” emphasizing the idea that employees should realize their own value through creating value for users. Since 2017, Haier in collaboration with Gary Hamel’s Management Laboratory has hosted a forum every year in Qingdao, inviting global economists and management experts to discuss the rendanheyi business model.