By Lu Yutong and Manyun Zou 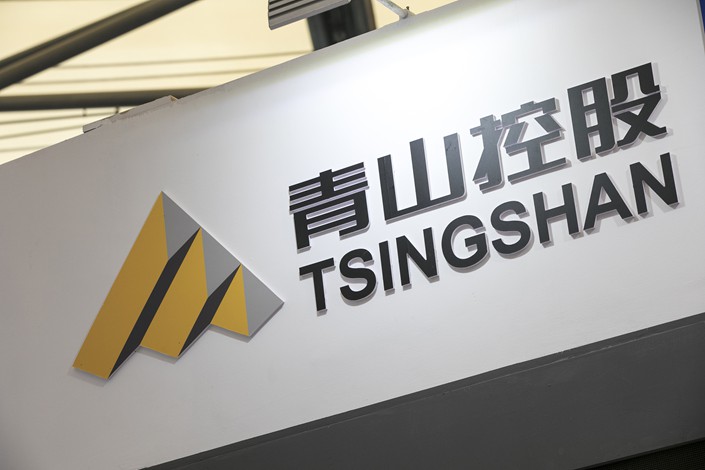 Prices of battery-grade lithium carbonate have more than quadrupled this year in China. Photo: VCG

A giant in China’s stainless steel industry has announced it will invest up to $375 million in a suspended South American lithium project as soaring prices for the battery raw material drive more Chinese companies to expand into the new-energy industry.

Under the deal, Tsingshan Holding Group Co. Ltd. and French miner Eramet SA will build a lithium plant in Argentina, with the Chinese company taking a 49.9% stake in the joint venture in charge of the project, according to a Monday press release. Eramet will hold the remainder of the shares.

The project, designed to produce 24,000 tons of lithium a year, was halted in April 2020 because of the Covid-19 pandemic, the press release said. When announcing the deal, Eramet Chairman and CEO Christel Bories gave a nod to the surging prices of the key electric vehicle (EV) battery raw material. Restarting the project now is “in line with the dynamic of strong market growth,” she said in the press release.

Prices of battery-grade lithium carbonate have more than quadrupled this year in China, mainly driven by strong demand for EVs. As of Tuesday, the price was up 368% from a year earlier at a record high of 194,500 yuan ($30,431) per ton, according to data from researcher Shanghai Metals Market.

Affected by the skyrocketing price of the raw material, Chinese electric-car and battery producer BYD Co. Ltd. (002594.SZ) recently decided to raise the price of its battery products by at least 20% from Nov. 1.

In September, Tsingshan Vice President Li Jin revealed that the company was looking to invest in lithium projects in Africa and South America as it sought to shift the focus of its business to new energy.

Although the Eramet deal marks the first time Tsingshan has invested in lithium production, the Chinese company has dipped a toe downstream in the industry. As early as 2017, it set up a subsidiary in East China’s Zhejiang province to work on lithium battery development and production. The unit, REPT Energy, has an annual battery production capacity of more than 6 gigawatt-hours, according to its website.

Over the last few months of 2020, REPT Energy ranked five times among the top 10 Chinese companies with the most batteries installed in EVs. This year through July, however, it fell off the ranking except once in February, according to a report (link in Chinese) by Shengang Securities Co. Ltd.

Construction of the Argentina plant, which is scheduled to start in the first quarter of 2022, is slated to finish in early 2024. Once completed, the project will make Eramet the first European company to operate such a large lithium production plant, Bories said.

Other big companies are also stepping up efforts to secure their own lithium supplies. In May, Shenzhen-listed Ganfeng Lithium Co. Ltd. (002460.SZ) bought out London-listed Mexican miner Bacanora Lithium PLC in a deal valued as much as 190 million pounds ($264 million) to get access to its Sonora project, which is among the world’s largest lithium clay sites. A month later, a Ganfeng subsidiary in Hong Kong spent another $130 million to invest in a lithium mine in the West African country of Mali.

Contemporary Amperex Technology Co. Ltd. (CATL) (300750.SZ) also closed two deals in September. One of its subsidiaries paid $240 million for a 24% stake in the Manono project in the Democratic Republic of the Congo. A few days later, the battery-maker announced it would acquire Canada’s Millennial Lithium Corp. for C$376.8 million ($297.3 million) in cash, granting it access to lithium mining sites in Argentina. On Nov. 1, however, a Canadian lithium company made a $400 million stock-and-cash offer to Millennial, in an attempt to outbid CATL, which has 10 business days to respond.

This story has been updated to correct the domicile of Millennial Lithium Corp.