By Lu Yutong and Denise Jia 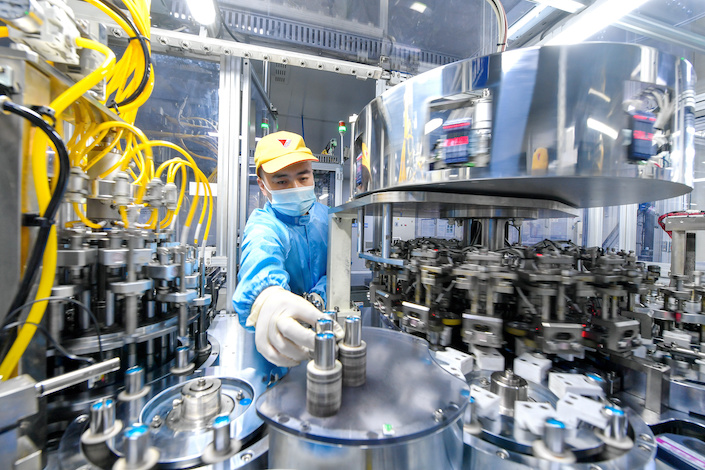 The price of lithium has more than quadrupled in China over the past 12 months to a record high.

Chinese electric-car and battery maker BYD (002594.SZ) will increase the price of battery products by at least 20% effective Nov. 1, the company said Monday in a letter to clients.

The move is further evidence that producer cost inflation is appearing in consumer products. The costs of raw materials to produce lithium batteries has soared this year as a result of surging demand for electric vehicles and power-supply limits.

Lithium cobalt oxide for cathode materials more than tripled in price since December, and the price of electrolyte rose by more than 150%, leading to a significant increase in BYD’s costs, the company said. The higher prices affect new orders, and all unexecuted existing contracts will be canceled, BYD said in its letter. The company declined to comment.

BYD’s C08M lithium batteries are mainly used on the company’s own electric cars, but the price increase will include other ternary lithium batteries and lithium iron phosphate (LFP) batteries that are supplied to other electric vehicle brands, analysts at CSC Financial Co. Ltd. said.

The price of lithium has more than quadrupled in China over the past 12 months to a record high. Prices for battery-grade lithium carbonate jumped 360% year-on-year to 192,500 yuan ($30,158) per ton Monday, according to metal research institute Shanghai Metals Market data. Analysts said they expect prices to remain elevated, backed by heavy demand.

Soaring prices are burdening some smaller players in the battery-making industry that struggle to pass on higher costs to carmakers. This has led some manufacturers to either cut output or stop taking new orders, a source in the lithium industry told Caixin.

As electric vehicle manufactures have strong price negotiating power, the rising cost of raw materials has been mainly borne by the midstream cathode material factories, and only a small part of the pricing pressure has been transmitted to downstream battery makers, an industry insider told Caixin.

“With the rising price of raw materials, the battery factories are now making no profit,” said the head of a battery factory that recently increased prices. “We can’t stop production, and raising prices is our only choice.” Based on previous agreed sales prices and current material prices, the factory will lose 10% on each battery, the person told Caixin.

Both BYD and CATL have locked up a significant part of their purchase prices with raw material producers and are less exposed to price fluctuations compared with smaller battery factories, Yiwei Institute’s Wu said.

CATL has also stepped up efforts to secure a global supply of key battery ingredients. In September, CATL agreed to acquire Canada’s Millennial Lithium Corp. for C$376.8 million ($297.3 million). The deal, which will give CATL access to Millennial’s lithium mining sites in Argentina, followed a $240 million purchase of a 24% stake in a lithium project in the Democratic Republic of the Congo. The company also invested in another Argentina-focused lithium company, Neo Lithium Corp., as well as in Greenland-focused North American Nickel, and in Australia’s Pilbara Minerals.