Opinion: China’s Rapid-Fire Regulatory Moves Have Unnerved Investors. That Could Be Bad for the Real Economy 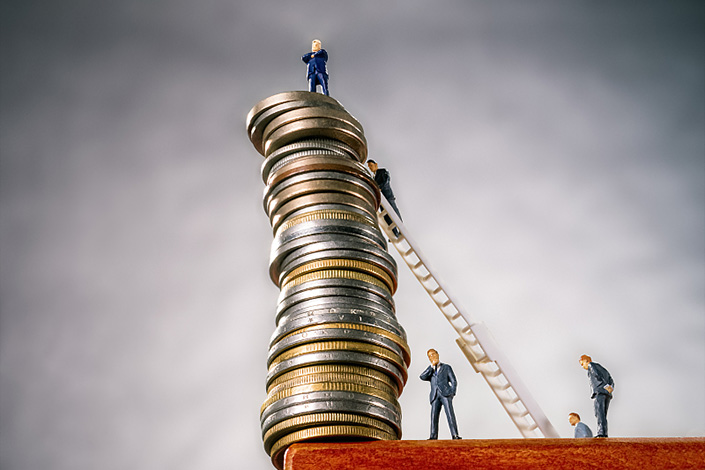 Recent regulatory moves in China have unsettled investors, which has the potential to do damage to the real economy. Photo: VCG

The factors that have had the biggest impact on China’s stock market this year have little to do with the economy, the Covid-19 pandemic or U.S. sanctions, but mainly point to a series of new regulations. They include policies aimed at regulating internet platform companies and the education industry, as well as energy conservation and carbon reduction policies that contributed to power shortages in some regions. They also include tightening supervision on the real estate sector, which has led to slower property sales and liquidity crises at some privately owned developers. A-share stocks, especially those in the internet and new economy sectors, have slumped from the level at the beginning of this year, despite a recent rebound.

Market participants generally believe that it is necessary and reasonable for the Chinese government to tackle issues in these sectors. But still, they have the following viewpoints on this year’s policies:

First, it seems that government agencies did not fully communicate in advance with relevant major parties impacted by the policies, resulting in great market turbulence. Second, the policies gave the market an impression that government agencies hoped to solve problems in a very short period, as policy implementation mainly relied on administrative means or an aggressive “campaign-style” approach. Third, in the process of policy implementation, many investors felt that the government held a relatively hostile attitude toward privately owned businesses. Lastly, the intensive rollout of policies targeting different sectors made it hard for the market to digest.

The first point was obviously reflected in the introduction of the policies on reducing the burden of homework and off-campus training for students. In fact, the heavy burden of after-school tutoring and the indulgence in online games are also common problems in many developed countries and regions. The market had expected the government would take some action to tackle the issues. But it didn’t expect that the government would suddenly require almost all after-school tutoring institutions to turn into nonprofits, without providing any grace period. Likewise, the market didn’t expect that the government would require that all minors can only play online games for one hour at night — only on Fridays, Saturdays, Sundays and public holidays. The moves triggered a panic, as investors didn’t know which industry would be the next target. Under such circumstances, a sell-off in Chinese stocks has expanded from certain industries that have already been impacted by the policies to almost every industry.

In addition, most of the time, government agencies introduced policies via administrative orders or through a “campaign-style” method, and didn’t consider using more market-oriented approaches. For instance, though investors didn’t object to the Chinese government’s carbon neutrality goal or its energy conservation and emission reduction polices, it is undeniable that investments in the energy sector have fallen in the past few years, which has a lot to do with local governments’ relevant targets set by Beijing.

Against this backdrop, China’s strong exports and an unexpected surge in global commodity prices, combined with the negative impacts of extreme weather and political considerations on China’s coal imports, led to the worst power crunch since the 1990s. In the process of solving the problem, local authorities have mostly used administrative means, such as large-scale power cuts and rationing, but they didn’t fully value market-oriented measures, such as taxation. That said, stock market investors can understand that in extraordinary times, some administrative measures are necessary and effective. But if they become the norm, it will affect the efficiency of China’s economic operation in the long run.

Intentional or unintentional, government agencies’ unfriendly attitude toward privately owned businesses also made stock market investors nervous. Admittedly, the past practices of some internet platform companies have clear characteristics of a monopoly, such as blocking their rivals’ payment tools on their platforms and forcing merchants to “pick sides” when deciding where to sell their wares online. But when the government targeted a rather vague concept of “disorderly” expansion of internet giants rather than specific issues, investors were confused and lost.

Another factor that caused anxiety in the stock market was the release of too many policies at the same time. Recently, the government has been coping with multiple issues such as monitoring the business operations of internet platforms, reducing students’ pressure from after-school tutoring, preventing teenagers’ indulgence in online games, achieving carbon neutrality, reducing financial risks, as well as regulating the real estate sector. The trend of targeting multiple sectors at the same time has worried the market.

Some people may ask whether investor concerns and stock market turbulence are important factors that deserve to be considered by high-level government leaders before they roll out policies.

To a large extent, the stock market is a barometer of domestic and foreign businesses’ confidence in the Chinese economy. If stocks on the A-share market fall sharply, it will not only add to the financing costs of listed companies, but also probably impact consumption and investor confidence, which will then impact the real economy. Meanwhile, investors’ questions about government policies often reflect the questions of the public. The government should try to explain clearly what it wants to do, to avoid market speculation. Also, in terms of policy design, the government should give more consideration to whether it can meet its goals by using market-oriented means, rather than mainly rely on administrative means and a “campaign-style” method. That’s because such measures can carry huge social costs in the long run.