By Jasper Liu and June Deng 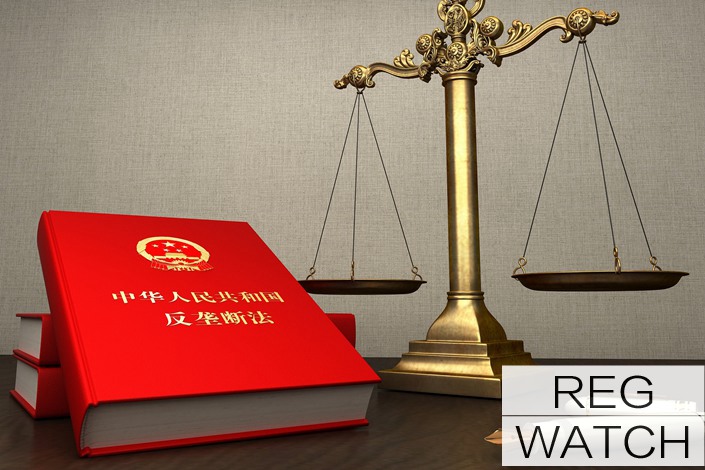 Reg Watch is a new series by Caixin Insight that aims to help readers understand important Chinese regulations by providing the history of their development.

The tide is turning for Chinese tech giants. After years of tolerating their extraordinary expansion into underregulated markets, regulators are now determined to rein in unfair competition and put sprawling internet platforms under unprecedented antitrust scrutiny.

On Feb. 7, the State Administration for Market Regulation clarified in new guidelines (link in Chinese) how it will make sure players in the so-called “platform economy” are following anti-monopoly rules.

The final version of the guidelines, compared with the November draft, gives more detail on what qualifies as anticompetitive conduct. It also defines fundamental concepts such as “platform,” “platform economy” and “platform operators.”

The new rules also, for the first time, bring several “grey areas” under a regulatory framework. For instance, variable interest entity (VIE), the legal structure many Chinese tech firms use, is now formally within the purview of China’s Anti-Monopoly Law. Hub-and-spoke agreements, a common monopolistic practice in the platform economy, are also mentioned in the guidelines.

Along with new regulations, the rhetoric has also changed — since late 2020, officials at top level economic meetings have emphasized time and again a clear message: the authorities will enhance anti-monopoly efforts and prevent “disorderly” capital expansion.

Here is a timeline of China’s anti-monopoly efforts in the internet industry in recent years.

Principles for the development of platform economies were set out in a high-level document, emphasizing a balance of innovation and regulation. The document marks the beginning of prudential regulatory directions, including

Draft amendments to the Anti-Monopoly Law seek to expand its coverage to online businesses. Targeted monopolistic behaviors include M&A without clearance from regulators and forcing vendors to sign exclusive cooperation agreements during major sales events. Maximum fines are raised to 10% of revenue for the previous fiscal year, far higher than previously.

The market regulator reviewed a merger filing involving a VIE for the first time. Previously, many assumed that transactions involving VIEs did not require merger filings to the market regulator. The filling was unconditionally cleared, but it took 88 days and involved Phase II review rather than being cleared in the Phase I review like most other cases.

The three bodies conducted regulatory talks with 21 internet platforms, banning them from forcing vendors to sell exclusively on one platform.

The administration proposed draft guidelines for reining in monopolistic practices in platform economies. The guidelines outline what regulators consider to be monopolistic agreements, abuse of dominant market position and concentration of undertakings. It clarified that VIEs are not exempted from merger filing obligations. The determination of what counts as a market dominant position accounted for the fact that platform economies often operate in an undefined market.

Politburo of the Communist Party

The Politburo meeting stressed “strengthening anti-monopoly and preventing the disorderly expansion of capital.”

The market regulator named nine things that internet giants’ group grocery-buying platforms are banned from doing. For example, platforms should not sell below cost for the purpose of monopolizing the market, illegally collect personal data, or use data-based algorithms to “bully” consumers.

The market regulator launched a probe into Alibaba for alleged monopolistic practices. It specifically cited Alibaba’s practice of forcing merchants to “pick a side,” meaning to work with it exclusively and shun its rivals.

The four agencies conducted regulatory talks with Ant Group. The next day, Pan Gongsheng, deputy governor of the PBOC, outlined five areas for rectification, including

• returning to its origin as a payment services provider

• setting up a financial holding company

• improving compliance in its securities and fund businesses

The regulator fined the operators of JD.com, Alibaba’s Tmall marketplace and Vipshop 500,000 yuan each for illicit pricing activities, especially behaviors such as raising prices before offering discounts around the annual “Double Eleven” shopping event on Nov. 11.

A document issued in the wake of the central bank’s annual work conference stressed controlling risks emerging from internet finance.

The market regulator launched a probe into e-commerce player Vipshop for unfair competition.

The PBOC said it will determine and intervene in monopolies in the online payment industry in a draft document. If a nonbank payment institution exceeds certain market share limits, the PBOC would call upon the anti-monopoly law enforcement agency to warn, probe or intervene. That could involve suspension of service, veto of merger plans or splitting up businesses.

The Ministry of Finance promised to provide provincial-level market supervisors with funding to investigate and punish monopolies.

The Consumer Rights Protection Bureau of the PBOC published a report on insufficient protection of consumers’ financial data on internet platforms, signaling the regulator’s intention to tighten regulations on data collection, data sharing across institutions and obtaining permission. Internet platforms’ monopoly on data is also on the PBOC’s mind.

The administration issued finalized guidelines for curbing monopolistic practices in the platform economy. Compared to the November 2020 draft, the final version is less hostile to platform operators in several aspects, striking the clause that allowed for the determination of market dominant position in an undefined market. The text also offered some room to maneuver for questionable behaviors such as algorithmic “bullying” and subsidies.

Jasper Liu and June Deng are analysts at Caixin Insight, the research arm of Caixin Group.