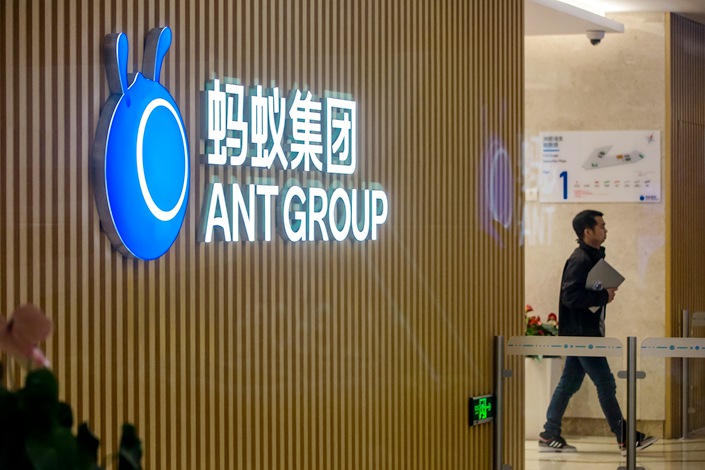 Chinese regulators summoned Ant Group Co. Ltd. officials Saturday and imposed a series of requirements, ordering that the company return to its origin as a payment services provider and overhaul lending, insurance and wealth management services.

The requirements for billionaire Jack Ma’s fintech giant, along with the end of an onsite antitrust probe into his e-commerce titan Alibaba Group Holding Ltd., signal that regulatory uncertainties surrounding the two behemoths have been largely eliminated, sources close to the regulators said, noting that the regulatory measures are rational and largely expected by the market.

Ant Group must be aware of the severity and necessity of restructuring its businesses and come up with a plan and timetable as soon as possible, the People’s Bank of China (PBOC) said Sunday in a statement (link in Chinese). The company also needs to set up a financial holding company to ensure capital sufficiency and compliance in connected transactions while protecting personal data privacy in its credit-scoring services, the PBOC said.

While acknowledging that Ant Group played an innovative role in developing fintech and improving efficiency and inclusion of financial services, PBOC Deputy Governor Pan Gongsheng said (link in Chinese) in the statement that regulators will firmly break the monopoly and promote fair competition in the fintech industry, and all financial activities must be supervised in accordance with the law.

Pan also said it is important to stimulate the vitality of market players and enhance Chinese fintech enterprises’ competitiveness in the global market.

In response, Ant Group said Sunday that it would establish a working group to fully implement the regulatory requirements, enhance risk management of its financial businesses, and improve its corporate governance and business compliance. A work plan and timetable will be made in a timely manner, the Alibaba affiliate said.

In a separate action, China’s top market regulator launched an investigation Thursday into alleged anticompetitive practices of Alibaba, which is headquartered in the eastern province of Zhejiang. An onsite antitrust probe was completed the same day “in a smooth and orderly manner,” according to a statement (link in Chinese) released by Zhejiang’s provincial market regulator.

In recent years, Ant Group has repeatedly emphasized that it is tech-driven, even though its revenue has mainly been generated by its financial units. Its rapid expansion was largely due to its ability to sidestep some of the more stringent requirements for traditional financial institutions, multiple analysts said.

But as the fintech giant has grown into what the country’s financial regulators describe as “too big to fail,” policymakers are now tightening scrutiny and seeking to put it on an even playing field with traditional financial institutions, which led to the abrupt suspension of Ant Group’s would-be record-breaking $34.5 billion IPO in November.