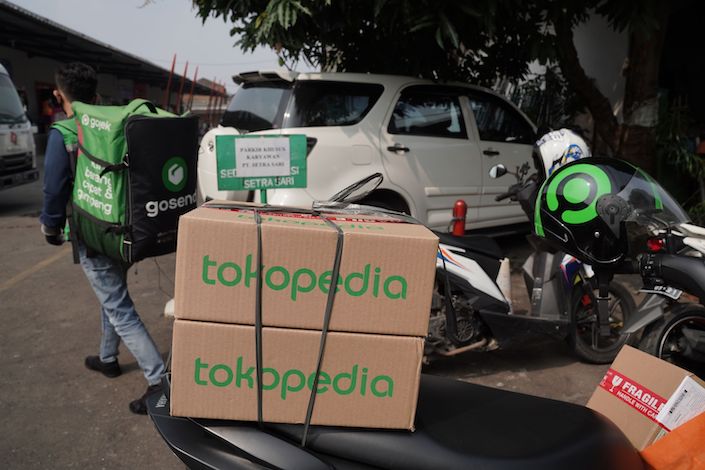 GoTo was formed by the merger of Indonesia’s two most valuable startups — ride-hailing giant Gojek and e-commerce firm PT Tokopedia.

(Bloomberg) — GoTo Group, formed this year by the merger of Indonesia’s two most valuable internet startups, raised more than $1.3 billion in a funding round ahead of its initial public offering (IPO).

Investors in the pre-IPO round include the Abu Dhabi Investment Authority, Avanda Investment Management, Fidelity International and Google, the company said Thursday in a statement.

The Jakarta-based company said it expects more investors to join the fundraising ahead of final completion in coming weeks. Other backers in the round include Permodalan Nasional Berhad, Primavera Capital Group, SeaTown Master Fund, Temasek Holdings Pte., Tencent Holdings Ltd. and Ward Ferry.

GoTo was formed by the merger of Indonesia’s two most valuable startups — ride-hailing giant Gojek and e-commerce firm PT Tokopedia. It’s been aiming to raise as much as $2 billion at a valuation of $25 billion to $30 billion before an IPO at home and a subsequent U.S. share sale, people familiar with the matter said in July.

“Indonesia and Southeast Asia are some of the most exciting growth markets in the world,” Andre Soelistyo, GoTo’s chief executive officer, said in the statement. “The backing we’ve secured shows the confidence that investors have in the region’s rapidly expanding digital economy and our market-leading position.”

GoTo’s planned IPO reflects the maturing of the first generation of tech startups in Indonesia, where there has been a flurry of fundraising and startup deals this year. E-commerce company PT Bukalapak.com became the first homegrown unicorn to list on the local exchange in August.