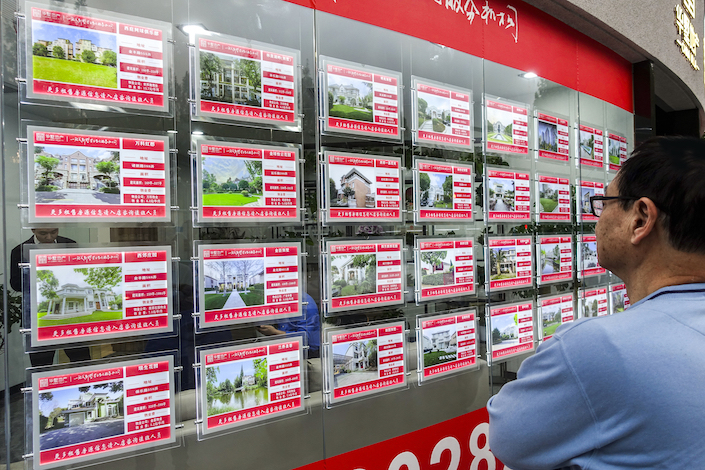 The number of Chinese cities with declining home prices increased in October to the highest level in six years.

New home prices in first-tier cities, including Beijing, Shanghai, Guangzhou and Shenzhen, held flat with the previous month, but resale prices declined 0.4%, compared with a 0.3% drop in second and third-tier cities, the data showed.

Among the 70 cities the statistics bureau tracks, the number with rising home prices dropped significantly, and the number of cities with declining prices increased to the highest level since January 2015. In October, 13 cities recorded monthly price increases, the fewest this year, compared with 27 in September, while new home prices in 52 cities declined in October, compared with 36 in September.

In resale housing, only four cities had price gains, compared with 17 in September, while 64 cities had declines, up from 52 in the previous month.

Beijing and Yinchuan, the capital of the north-central province of Ningxia, had the biggest increases in new home prices, both with a 0.6% gain from September. Sanya and Haokou in the island province of Hainan, the coastal city of Dalian in the northeastern province of Liaoning, and Ganzhou, a prefecture-level city in the south of Jiangxi province, were the only four cities with rising resale prices.

The declines in housing prices reflect deleveraging policies on the demand and the supply side, said Xu Xiaole, analyst at Beike Research Institute. Since the second half of this year began, banks have restricted the quota of residential mortgage loans, damping buying demand. On the supply side, developers facing greater funding pressure have been increasing promotion efforts, putting pressure on second-hand housing owners to reduce prices, Xu said.

Some developers recently defaulted or delayed bond payments as a government clampdown on the real estate sector and a liquidity crisis at property giant China Evergrande Group make it tougher for companies to roll over dollar debt. This prompted home buyers to stay on the sidelines out of concern that their investments might turn into unfinished buildings, said Zhang Dawei, chief analyst at Beijing-based property consultancy Centaline Property Agency Ltd.

Home prices are expected to continue to drop in the short term as homeowners are reluctant to sell amid current market conditions, and developers are expected to step up promotions to increase sales by year-end, Xu said.

Xu said he expected home prices to bottom out by year-end or early 2022 with mortgage loan supply and demand back to normal in 2022.

Meanwhile, banks started to accept new mortgage applications in October after a suspension of a few months in compliance with a mechanism introduced in December by the central bank and the China Banking and Insurance Regulatory Commission to cap banks’ outstanding property loans as a proportion of total loans and the ratio of mortgages to total loans.