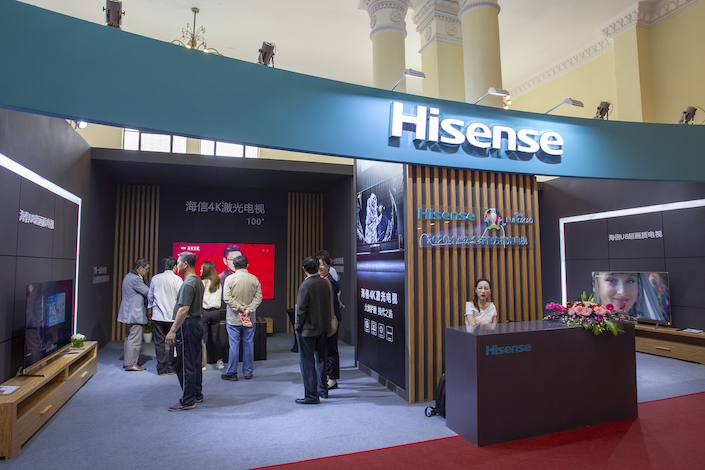 Qingdao-based Hisense intends to participate in bidding for Yunex Traffic, the intelligent traffic system unit of Siemens, though no agreement has been reached, the sources said. Siemens and Hisense didn’t comment.

Such an acquisition would square with Hisense’s expanding global footprint and strategic interest in smart traffic operations. Hisense is a leading home appliance maker in China specializing in televisions, air conditioners and refrigerators. It started tapping into smart traffic businesses in 1998 by establishing a majority-owned subsidiary, Hisense Network Technology Co. Ltd.

In July Siemens split off its intelligent traffic business as an independent company and renamed it Yunex Traffic, sparking speculation that Siemens was planning to divest the assets. Yunex Traffic’s business includes traffic monitoring and guidance systems, traffic-light controls, surveillance cameras and toll road systems. The company provides smart traffic system services in more than 40 countries, according to Siemens.

The intelligent traffic system was part of Siemens Mobility, a long-established traffic business division of the German company. Siemens Mobility has been involved in multiple road and railway system projects in China.

Siemens has been downsizing over the past few years as part of a strategy to shift its future business focus to industrial digitalization. The company divested its health-care and energy businesses into separate units that later sold shares.

In the first nine months this year, businesses overseas generated 52.6 billion yuan ($8.2 billion) of revenue for Hisense, up 38% year-on-year and accounting for 42% of total revenue.