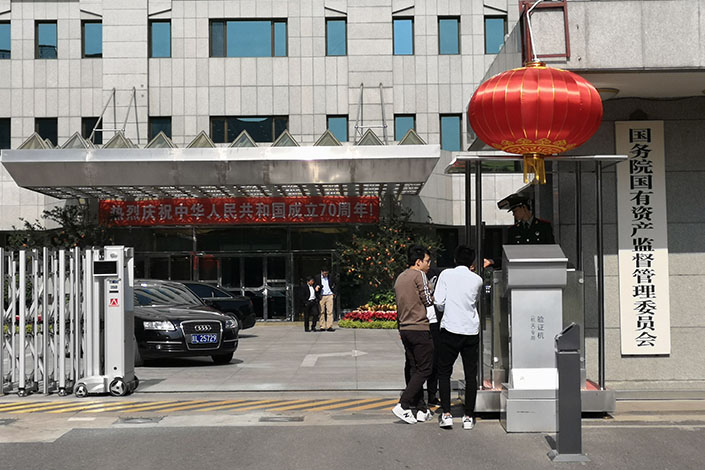 pictureThe headquarters of the State-owned Assets Supervision and Administration Commission of the State Council in Beijing in October 2019. Photo: IC Photo

China’s top state-owned asset watchdog has announced a list of hundreds of private-sector companies masquerading as state-owned enterprises (SOEs), in a bid to help investors avoid being scammed.

“Those companies and their subsidiaries are fake SOEs and have no affiliation or equity relationship with central government-supervised SOEs, nor any investment, cooperation or business relationship,” according to a recent statement (link in Chinese) released by the State Council’s State-owned Assets Supervision and Administration Commission (SASAC). “All their behaviors are irrelevant to the central SOEs.”

The names of the 353 companies on the list were first disclosed by some central government-supervised SOEs, and then compiled by the SASAC.

The watchdog called for the public to report to the police as soon as possible if they find any illegal behavior by the companies.

The issue of “fake SOEs” is a long-standing one. Unscrupulous privately owned companies pose as SOEs by including Chinese characters in their names often linked to government-owned companies, such as “Zhong” (中), “Guo” (国) or “Hua” (华), which can all mean “China.” They also establish opaque ownership structures that conceal their actual controllers.

Read more
In Depth: How Fake SOEs Conned Investors out of $575 Million

Due to the notion that SOEs are backed by the government, pretending to be one helps companies win the trust of the public and banks, who prefer to extend credit to state-backed companies over their private peers.

These dishonest firms may infringe on the interests of creditors and even end up defaulting on debts, observers said. “When such companies face distress, it is difficult for them to get similar financing support to that for real SOEs,” analysts at brokerage Sealand Securities Co. Ltd. wrote in a note earlier this month.

In one case, investors poured money into fund products issued by fake SOEs who made it seem they were linked to the state-owned giant that runs China’s railways, but the companies failed to pay out in the end, Caixin previously reported.