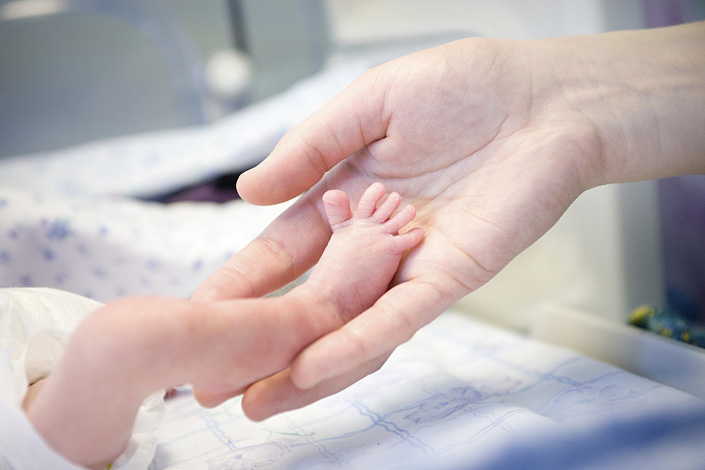 The data were revealed as China is grappling with a shrinking labor force and rapidly aging population, major challenges for its future economic growth. Photo: VCG

China’s birth rate fell to its lowest point in more than four decades last year, according to official data published by the National Bureau of Statistics.

The seventh national census shows that China registered 12 million newborn babies in 2020, with a lower-than-expected fertility rate of 1.3 for women of childbearing age.

The country’s natural population growth rate — the birth rate minus the death rate — was 1.45 per 1,000 people, also the lowest in 43 years, the yearbook shows.

The data were revealed as China is grappling with a shrinking labor force and rapidly aging population, major challenges for its future economic growth. In May, the country announced a major policy shift to allow all couples to have three children.

Yuan Xin, vice president of the China Population Association, told the health news outlet 8am Health Insight that China’s net population growth — the number of births minus the number of deaths — was 2.04 million last year. In a nation with 1.4 billion residents, that number can be considered close to zero, Yuan said.

He warned that China is expected to enter a period of negative population growth, in which it has more deaths than births, in the next one or two years.

Authorities have rolled out various supportive measures to encourage more births, including tax deductions and cash payouts. Some of the main reasons Chinese couples are choosing to have fewer children are high childrearing and education costs as well as the potential negative impact on women’s career prospects.

Although the gender gap is shrinking in China’s workplaces, women still carry most of the burden of housework and childcare and face “huge challenges” in balancing their work and family life, Health Insight quoted Jin Yongai, an associate professor at the School of Sociology and Population Studies at Beijing’s Renmin University, as saying.

According to researchers cited by Health Insight, Chinese women earn 7% less in wages for every child they have.

About 8.14 million couples got married in 2020, down from 9.27 million a year earlier, according to the yearbook.