Another Everbright Executive Investigated for Graft 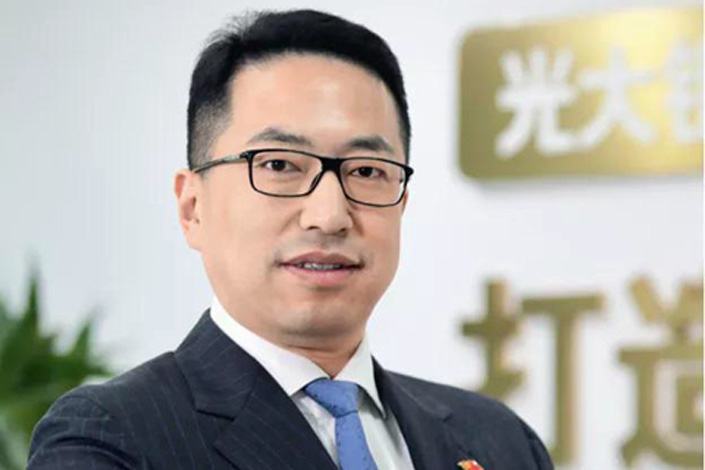 Yet another executive working for a subsidiary of state-owned financial conglomerate China Everbright Group Ltd. has fallen under investigation for suspected corruption.

Xia’s downfall came after several executives of Everbright Group subsidiaries were placed under graft investigation or expelled from the party this year.

Xia, 45, worked at the Yantai branch of Everbright Bank in the eastern province of Shandong for more than 22 years before moving to the headquarters to head its transaction banking department in April 2020, the official announcement shows. Transaction banking provides trade services, cash management and securities services for institutional clients.

Xia struck people as being competent, according to sources familiar with him. The Yantai local started out as a bank teller and climbed his way up to branch chief by the age of 42, the announcement shows. The sources said that of the three big Everbright Bank branches in Shandong, the Yantai branch has attracted a number of large local companies as clients and has good performance records, despite not being the largest branch in terms of total assets.

Several people who work at Everbright Bank said the investigation caught them by surprise. There was no word on the office grapevine, and Xia was still posting on social media last weekend, one said.

Xia is the latest of several executives at Everbright Group subsidiaries to have been caught up in graft scandals this year.

In early November, two former Everbright Bank executives who used to work at the same branch were expelled from the Communist Party and public office.

Established in 1983 by China’s central government, Everbright Group conducts businesses spanning banking, securities, trust and other financial and nonfinancial sectors through a myriad of subsidiaries. As of the end of June, the group’s total assets amounted to 6.4 trillion yuan ($1 trillion).

China’s amped-up anti-corruption campaign has brought down multiple officials and executives in finance over the past few years. In late September, China’s anti-corruption officials kicked off a fresh round of inspections of the country’s 25 major financial regulators and institutions, including Everbright.