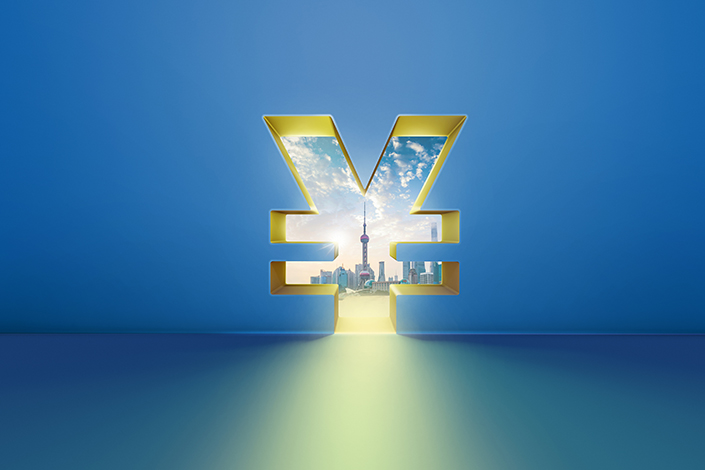 The two companies are among the first to apply for the license after the PBOC set new rules in September for financial holding companies. Photo: VCG

China’s central bank has begun reviewing applications for the license governing financial holding companies for the first time since it issued rules to tighten up oversight of nonfinancial conglomerates with multiple financial subsidiaries about nine months ago.

The People’s Bank of China (PBOC) issued notices Friday, saying that it was processing financial holding company license applications from Citic Corp. Ltd., a unit of state-owned Citic Group Corp., and China Everbright Group Ltd. (link in Chinese). They are among the first to apply for the license after the PBOC set new rules in September for financial holding companies.

Everbright will be registered entirely as a financial holding company upon approval, a source familiar with the regulation told Caixin. In contrast, Citic Group will offload its banking, securities, trust, insurance, and consumer finance arms into a new financial holding unit separated from its nonfinancial operations, according to an exchange filing by Citic Ltd., Citic Group’s Hong Kong-listed subsidiary.

According to a 2018 PBOC report (link in Chinese), five groups of nonfinancial companies have effectively become financial holding companies in the past years. These include central government-controlled state-owned enterprises (SOEs), such as Citic Group and Everbright, local SOEs, private enterprises, such as Tomorrow Holding and HNA Group, and internet companies that have extended into financial services.

Under the new rules, fintech giants, such as Tencent Holdings Ltd. and Ant Group Co. Ltd., have to apply for the financial holding company license and be placed under greater scrutiny by the central bank.