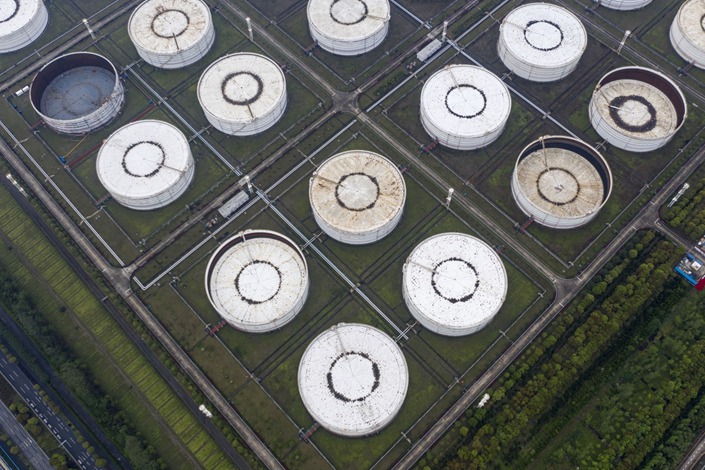 Oil storage tanks are seen in this aerial photograph taken on the outskirts of Ningbo, Zhejiang province. Photo: Bloomberg

(Bloomberg) — China has been ambiguous in its position over a U.S.-coordinated release of strategic oil reserves, although the country is named as one of the participants in American-led efforts to cool off prices.

“China is maintaining close communication with relevant parties, including oil consuming and producing countries, to ensure long-term stable operation of the oil market,” Foreign Ministry spokesman Zhao Lijian said at a briefing in Beijing on Wednesday in response to questions. He added that the nation had noted recent actions taken by major oil-consuming countries on reserves.