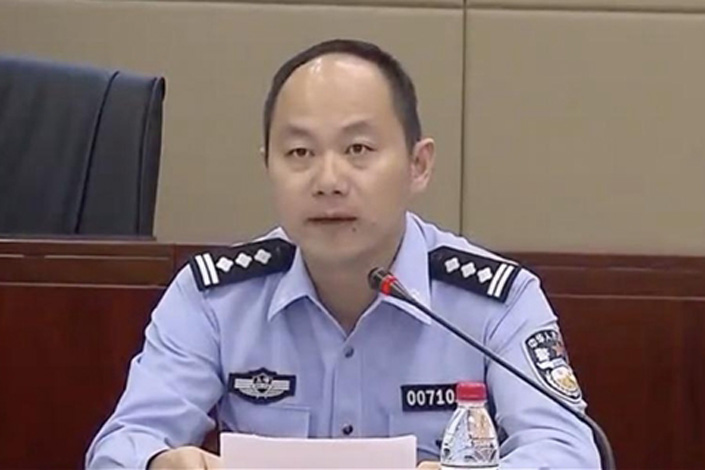 A former senior Shanghai data cop has been expelled from the Communist Party and removed from public office over allegations that include bribery and indulging in “sensual pleasures,” the local graft watchdogs said Wednesday.

The case of Shen Yuxin, former director of the data division of the city’s public security bureau, is the latest chapter of China’s sweeping campaign to clean up corruption in the judiciary and law enforcement.

An investigation found that Shen, also the division’s former party secretary, “lost the ideals and beliefs and abandoned the original intention of joining the party and police system,” according to a statement (link in Chinese) published by the city’s discipline inspection commission.

China has ramped up its years-long crackdown on bribery with new guidelines issued in September vowing to punish bribe payers as well as bribe takers. The country’s long-running corruption campaign, which has snared some 4 million officials, entered a new phase earlier this year as it moved into China’s vast law enforcement and judicial system.

According to the statement, Shen took advantage of his position as a leading cadre to seek benefits for others and took large bribes.

The statement said he attended banquets, entertainment and other activities others arranged for him and “recklessly” accepted gifts. He was also greedy for pleasure and pursued “low-level fun,” enjoying expensive wines and visiting sex workers.

Other misconduct included “deliberately” resisting the investigation, concealing he had bought a house overseas and the fact he was a “naked official” — one whose wife and children have emigrated.

His behavior caused severe damage to the image of the party and police and had an adverse impact on the political environment within the political and legal system, the statement said.

Shen, a Shanghai native, became a police officer in 1995 and spent most of his career in the city. In 2019, he was appointed the director of the bureau’s data division before being placed under investigation in August.

The newspaper praised the division for playing an important role in “winning the war” against the virus.

In an interview with the official Jiefang Daily, Shen said “big data can accurately tell us who comes from key risk areas and where they live, so as to make our prevention and control work more precise.”