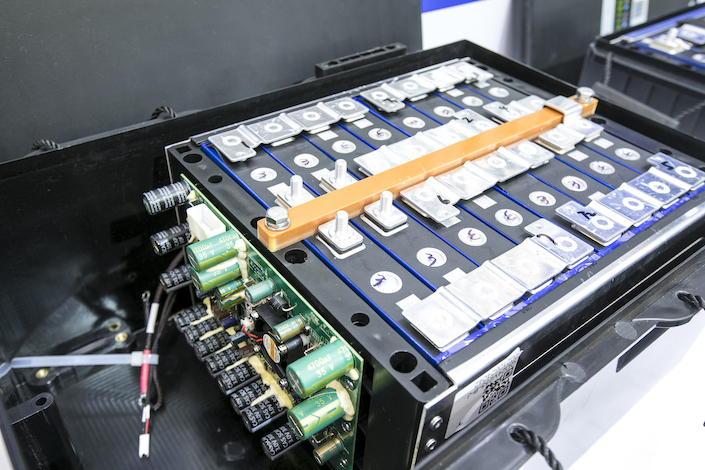 Prices of lithium carbonate, a key material used to make rechargeable batteries, surpassed a record 200,000 yuan ($31,281) per ton in China, driven by strong demand for electric vehicles. Prices of the mineral have surged 277% from the beginning of this year and nearly 360% from the same time a year ago. The price gains may continue unless the new-energy vehicle industry begins to mass-produce alternative battery technologies or major recycling programs are put in place, according to the head of China’s largest miner of the metal.

Coal stocks at power plants on track to set record

Coal storage at power plants is expected to reach a record high by the end of November, according to the National Development and Reform Commission (NDRC). As of Tuesday, coal inventory at power plants in the country totaled 147 million tons, the NDRC said. Coal supplies gained significantly in October, rising more than 30% compared with the same period last year. From mid-November on, the average daily supply of coal was 8.6 million tons, with some days reaching a historic high of 9.4 million tons.

Chinese President Xi Jinping urged the country to accelerate work on creating a unified, efficient and well-governed national power market system, according to the government-run Xinhua News Agency. Xi said the country should build a unified and open electricity market with orderly competition and high efficiency. China has been struggling with its worst power crunch in years.

China’s Zhejiang province issued an action plan to bolster its hydrogen-vehicle industry. Under the plan, nearly 5,000 hydrogen fuel cell vehicles will come into operation over the next five years. To promote hydrogen vehicles, the province will also build about 50 hydrogen refueling stations and foster leading companies in different parts of the hydrogen vehicle industrial chain. A more supportive legal environment will also be built to facilitate development.

Japan to release oil reserve in coordination with U.S.

As the U.S. announced plans to release 50 million barrels of oil from the Strategic Petroleum Reserve to cool surging oil prices, Japanese Prime Minister Fumio Kishida said the country will open its reserves in coordination with the U.S., saying stability of oil prices is key to global economic recovery.

China has been ambiguous in its position over a U.S.-coordinated release of strategic oil reserves, although the country was named as one of the participants in American-led efforts to cool off prices. “China is maintaining close communication with relevant parties, including oil consuming and producing countries, to ensure long-term stable operation of the oil market,” Foreign Ministry spokesman Zhao Lijian said Wednesday at a briefing in Beijing. “China will arrange the release of national reserve oil based on its own reality and needs, on top of other measures to maintain market stability and promptly publish relevant information,” Zhao said.

China’s National Development and Reform Commission (NDRC) launched inspections of coal price index publishers since late-October, finding some of them misleading and responsible for pushing up coal prices. The NDRC said it will roll out measures including exposure, setting deadlines for rectification, suspending, and blacklisting to alert those that violated rules.