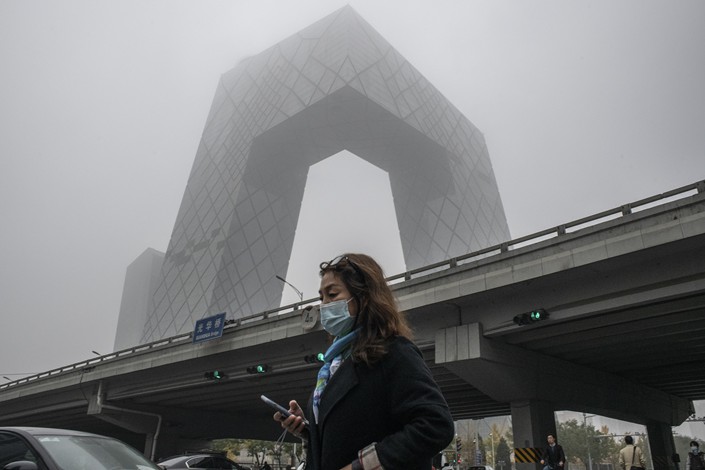 Pedestrians wear masks on a smoggy day in Beijing on Nov. 5. Photo: VCG

China is predicted to see an 81% reduction in its accumulative climate-related losses by 2100 if it achieves its carbon neutrality target, according to a new study from think tanks in Beijing and London.

The country is also expected to avoid $134 trillion in accumulative losses from 2020 to 2100 if it reaches the target, according to the study published Tuesday by Tsinghua University’s Institute of Energy, Environment and Economy (IEEE) as well as the Chatham House, an independent policy institute in the U.K.