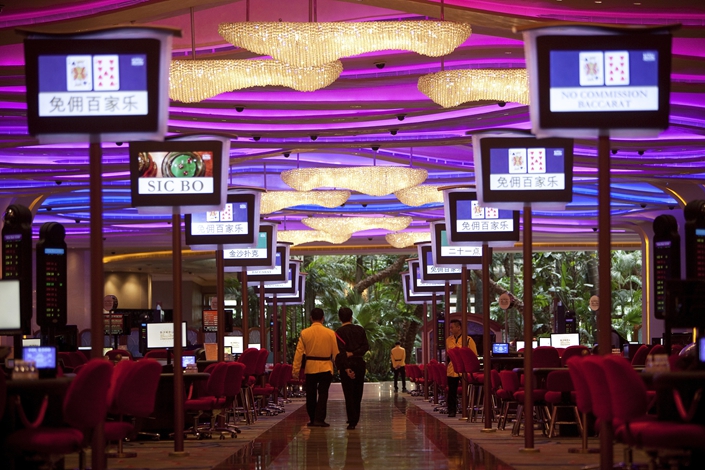 The recent arrest of a Macao junket tycoon has chilled the city’s gambling industry as casinos race to close lucrative VIP rooms run by junket operators.

Melco Resorts & Entertainment Ltd., one of Macao’s six casino licensees, decided to close its junket-run VIP rooms at City of Dreams and Studio City — two of its casino resorts — in late December, according to a document seen by Caixin.

The company informed junket operators Monday that cooperation will cease Dec. 21, according to the document shared with Caixin by industry insiders.

The Baidu-backed company is laying off an average of 20% of its workforce across departments, with firings running as high as 40% for the least profitable divisions, several company employees told Caixin.

China’s central bank lowered interest rates on two relending facilities by 25 basis points, or a quarter of a percentage point, as an incentive to encourage commercial banks to lend more and at lower interest rates to small businesses and rural sectors.

Starting Tuesday, the one-year relending rate under the programs was lowered to 2%, the six-month rate to 1.9% and the three-month rate to 1.7%, according to data released by the People’s Bank of China (PBOC).

The move comes one day after the PBOC announced the lowering of lenders’ reserve requirement ratio (RRR) to unleash about 1.2 trillion yuan ($188 billion) into the financial system, amid the country’s slowing economic growth.

Chinese social media giant Weibo Corp.’s shares flopped in their Hong Kong debut Wednesday, joining a host of major dual-listed tech giants whose stock prices have been hammered this week in the wake of ride-hailing platform Didi’s decision to abandon its U.S. listing.

Shares of the Alibaba-backed Weibo, which raised about HK$3 billion ($385 million) in its Hong Kong secondary listing, opened 6.1% below the offering price of HK$272.80 and slid further to close down 7.2% at the end of trading.

Shanghai Fosun Pharmaceutical (Group) Co. Ltd. said it will actively work with its German partner BioNTech SE to develop a new vaccine targeting the omicron variant of Covid-19, and it may take three to four months to win regulatory approval.

Fosun is the exclusive partner of BioNTech for marketing the mRNA vaccine co-developed by BioNTech and U.S. drug giant Pfizer Inc. in Greater China, including Hong Kong, Macao and Taiwan. Known in China as the Comirnaty vaccine, the product hasn’t been approved for the Chinese mainland.

China’s top court warned against misconduct that endangers rare wildlife and the ecological environment, including infrastructure construction, in a bid to strengthen judicial protection for biodiversity.

The Xiamen-based company plans to sell 85 million shares for HK$11.20–14 each, according to the prospectus. The company said 10% of the shares will be sold in Hong Kong and 90% globally. The subscription will end Thursday, and the stock is expected to debut a week later.