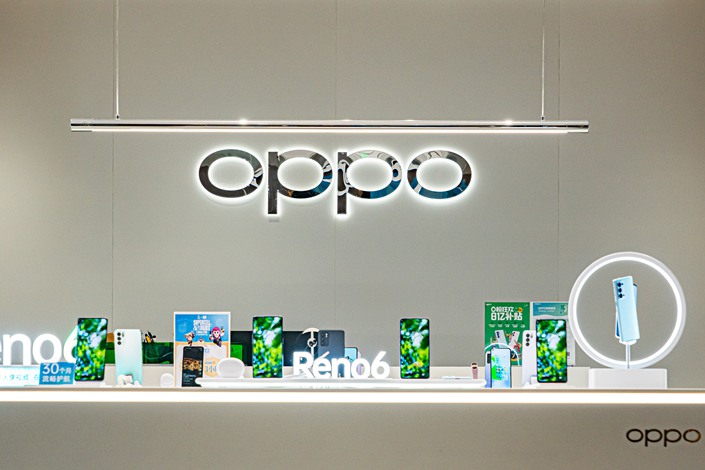 An oppo mobile phone store is seen in Shanghai on Aug. 12. Photo: VCG

Oppo Co. Ltd. has announced that it will launch its first self-developed chip next week, joining the likes of Apple, Samsung, Huawei and Google as the latest smartphone maker to take control of its own semiconductor design.

The Shenzhen-based company on Wednesday teased the chip’s debut on Twitter, saying it had “developed a cutting-edge neural processing unit (NPU) called the MariSilicon X.” The official announcement will come at the annual Oppo Inno Day event on Dec. 14 and 15.