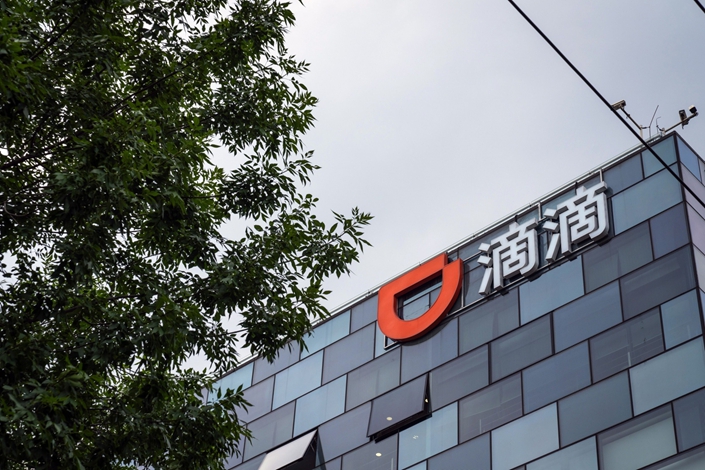 Didi Global may have to take unprecedented steps to carry out its plan to shift trading in its shares to Hong Kong from New York with the challenges ahead mounting.

The offering was the second-largest U.S. share sale by a Chinese company, trailing only Alibaba Group Holding Ltd.’s $25 billion IPO in 2014. But Didi’s rush to push it through ran afoul of Chinese regulators, who launched a national security investigation of the company only two days later.

In a speech at the conference, Chinese President Xi Jinping reviewed the country’s economy in 2021, analyzed the current economic situation and arranged next year's economic priorities.

China’s economic development is facing “triple pressure” from demand contraction, supply shocks and weakening expectations, and the external environment is becoming increasingly complicated and uncertain, according to a statement released after the meeting.

The withdrawals were either made due to the agencies’ decision that they didn’t have enough information to make a judgment or at the request of the property developer. This will weaken the developers’ ability to raise money on global bond markets, industry insiders and analysts told Caixin.

More than two years after China first introduced the rules for registration-based IPOs, the Shanghai and Shenzhen stock exchanges are laying the groundwork for a rollout across the A-shares market.

Ling Hai, a co-president of the Asia Pacific region of Mastercard Inc., will lead international markets for the American multinational financial services company as co-president next year. The move is part of a series of leadership changes to realign the firm’s international operations.

In this new role, Ling will “advance business strategy, sales, business development, product management and engagements with customers and regulators across Europe, the Middle East, Africa, Asia and Latin America” alongside Raghu Malhotra, now president of Mastercard Middle East and Africa, the company said in an announcement last week.

The group led by Beijing Jianguang Asset Management Co. Ltd. and Wise Road Capital Ltd. will work with Unigroup to draft a restructuring plan to rescue the beleaguered group from a two-year debt crisis. The restructuring plan will need approval by creditors and the court.

The document, issued by the Beijing Municipal Commission of Education, notes that the platform would offer online tutoring in forms including one-on-one tutoring and livestreaming classrooms. All middle school students in the city would be able to access the services on nine school curriculum subjects from 6 p.m. to 9 p.m. daily except weekends and holidays.

Wuhan-based car chip designer SiEngine Technology Co. Ltd. unveiled its first automotive-grade smart cockpit chip, which it says is scheduled to enter mass production and be installed in vehicles by the end of 2022.

The launch of the new system-on-a-chip (SoC) named DragonHawk 1, which will be made by Taiwan chipmaker TSMC using its advanced 7-nanometer (nm) manufacturing technology, comes as a global semiconductor crunch wreaks havoc on the automotive sector with many carmakers cutting their outlook for deliveries.