Blog: Freestyle Skiing — Rookies and Veterans Team Up to Present ‘Acrobatics on Snow’ 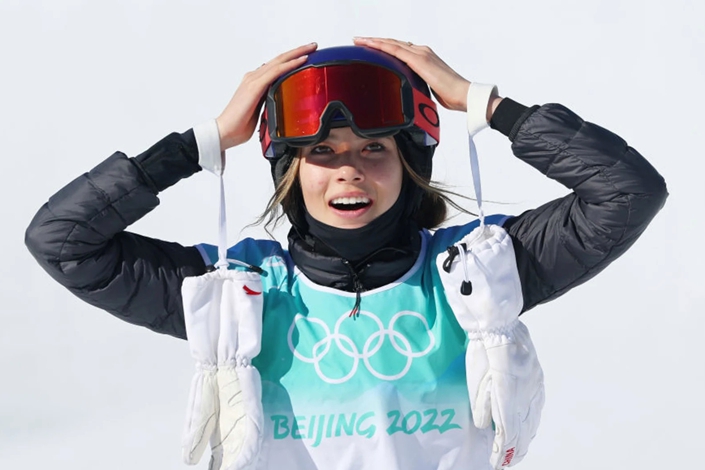 Editor’s note: California-born Eileen Gu won a gold medal Tuesday in the women’s freeski big air event, bagging China its third gold in the Beijing Winter Olympics. Gu cranked out her first “1620,” a four-and-a-half-rotation trick, in the final run. As one of the highest-profile sports stars in China, her win drew widespread attention.

Freestyle skiing is known as “acrobatics on snow.”

Freestyle skiing is similar to figure skating. The score is determined by the artistic effect of the performance and competition skills, which requires athletes to have good balance and aerial control capability. In 1992, moguls became an official event of the Winter Olympics, and other freestyle skiing events were added in subsequent years.

The movements of freestyle skiing are quite complex. Basically all the movements that humans can imagine doing in the air are included. A variety of jumps, twists and inverts bring athletes the greatest “freedom” in their aerial performance.

This article is partly excerpted from the book series, the Xinhua News Agency, and the PLA Daily.

Translated by Ma Kaiwen and reviewed by Guo Cong. (Both are from the School of International Studies at Sun Yat-sen University)