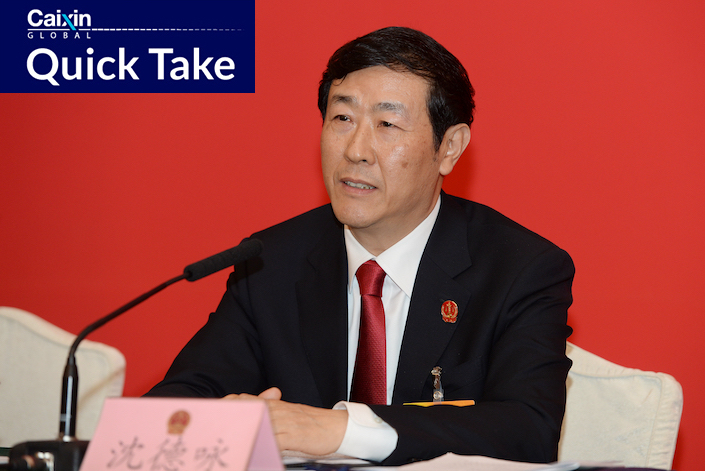 What’s new: A former vice president of China’s Supreme People’s Court is under investigation on suspicion of serious violation of law and discipline, according to China’s top anti-graft watchdog, the Communist Party’s Central Commission for Discipline Inspection.

Shen Deyong was taken away by authorities Thursday, following two of his former secretaries who were taken away in the past two weeks, several people close to the matter told Caixin.