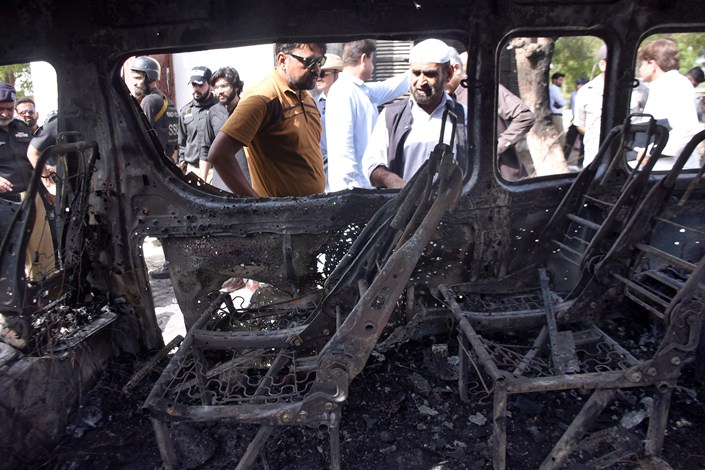 Pakistani police officers and journalists gather near a burned van at the site of the explosion in Karachi on April 26. Photo: VCG

China has strongly condemned a suspected suicide terrorist attack in Pakistan that has left three Chinese nationals dead and one injured, as it urged the South Asian country to bring the perpetrators to justice.

On Tuesday, three Chinese and a Pakistani were killed in what appeared to be a targeted suicide bombing near the Confucius Institute at University of Karachi, according to official statements. CCTV footage circulating online showed a woman waiting near the entrance of the institute as the van carrying the victims approached, just prior to the explosion. A total of four people were injured.