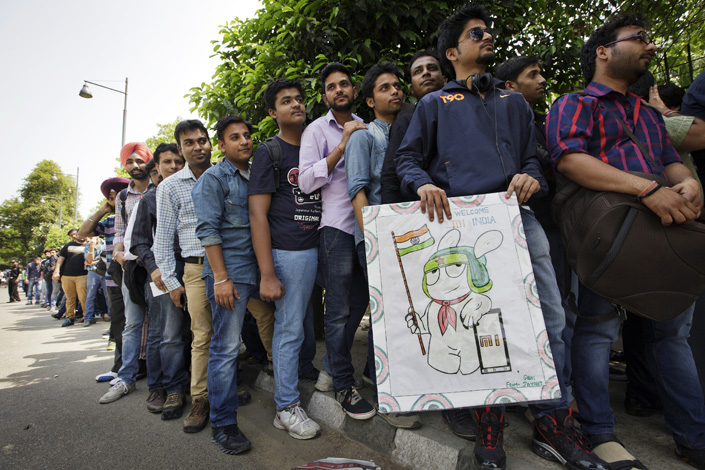 An attendee holds a "Welcome Mi India" sign while waiting in line with other attendees for a Xiaomi Corp. launch event in New Delhi, India, in 2015. Photo: VCG

An Indian court has put a hold on a government seizure of 55.5 billion rupees ($725 million) in assets belonging to Xiaomi Corp.’s India unit, allowing the company to use the assets to pay salaries and other operating costs.

The Directorate of Enforcement, an anti-money-laundering unit under India’s Ministry of Finance, froze Xiaomi’s assets late last month, accusing the company’s local unit of illegally sending money to three foreign-based entities with ties to its parent. The directorate accused the unit of falsely claiming the money transfers were for royalty payments to the entities, which it never received any services from.