By Guo Yingzhe and Zhao Xuan 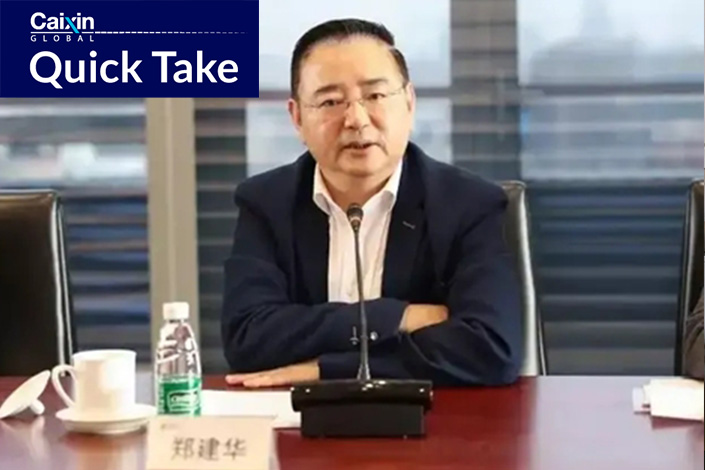 What’s new: Zheng Jianhua, former chairman of state-owned electric equipment manufacturer Shanghai Electric Group Co. Ltd. (601727.SH), has been removed from public positions and expelled from the Communist Party due to alleged bribery and other misconduct, according to a Friday statement from state anti-graft agency.

The Central Commission for Discipline Inspection accused Zheng of abusing his power and causing “tremendous loss” to state-owned assets, as well as accepting bribes and embezzling public funds. He will later stand trial, the statement said.

The context: The anti-graft agency in Shanghai announced the investigation into Zheng in July last year, following a probe by the securities regulator into the conglomerate over violations of disclosure rules.

The following month, the company’s then president Huang Ou fell to his death from his apartment in Shanghai’s Puxi area in an apparent suicide, Caixin previously reported.

The company’s troubles may be linked to a missed-payment scandal, sources with knowledge of the case have said. In May 2021, the company announced that up to 8.3 billion yuan ($1.2 billion) of net income attributable to shareholders was at risk because four clients of a subsidiary -- all state-owned enterprises -- had missed repayments of a combined 4.5 billion yuan.