CX Daily: Getting the World Out of the Power Crisis 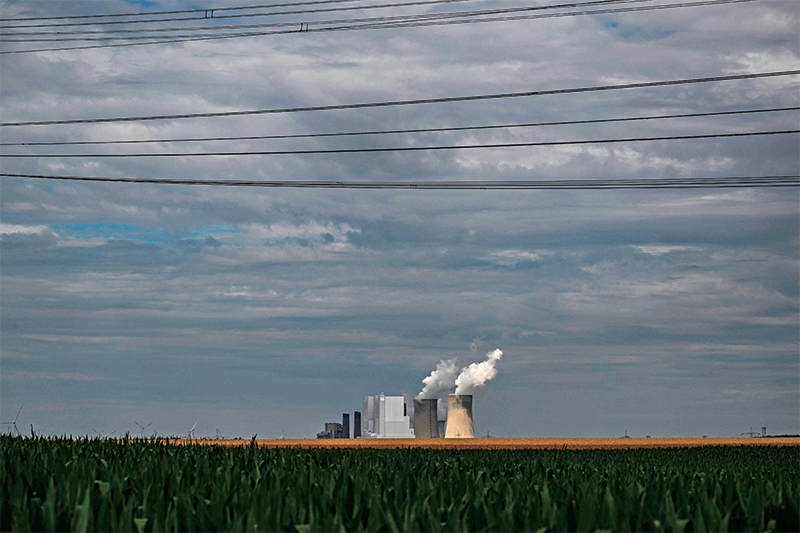 In Depth: Getting the world out of the power crisis

The heat waves sweeping the Northern Hemisphere this summer came at a bad time as the extreme hot weather adds strain to an already stretched energy system from China to Europe to North America.

Rising energy demand, surging prices and uncertain supply are pushing governments to rethink their energy and carbon strategies. The goals of energy security and reducing emissions have come increasingly into conflict, forcing policymakers into trade-off decisions.

China to help with Indonesian vaccine hub that will ‘democratize’ access to life-saving jabs, chamber says

China’s assistance in establishing a regional vaccine center in Indonesia as well as cooperating on research will help ensure that people in the poorest countries can have the same access to life-saving inoculations for diseases including Covid-19 as those in rich nations, according to the head of the Southeast Asian nation’s leading chamber of commerce.

The center is an important part of Indonesia’s long-term goal, and it will be for developing vaccines, not just for Covid-19 but also tuberculosis and tropical diseases, said Arsjad Rasjid, chairman of the Indonesian Chamber of Commerce and Industry, in an interview with Caixin.

Xiao, who became the minister in July 2020, is suspected of “violations of (Communist Party) discipline and law,” according to a statement (link in Chinese) issued by the Central Commission for Discipline Inspection. While the statement did not offer further details, the phrase is a common euphemism for corruption.

Alibaba-backed fintech giant Ant Group is making another internal structural change to empower its board of directors as part of a broader revamp to satisfy regulatory requirements since its scuppered IPO in late 2020.

Ant established a new committee under its board to oversee risk management and consumer protection, the company said in a semi-annual report released Wednesday. The creation of the panel is a key step to enhance corporate governance and strengthen the functioning of the board, Ant said.

Industrial Bank gets a boost as Fujian government expands its stake

The biggest state shareholder of Industrial Bank Co. Ltd., one of China’s leading commercial banks, plans to inject as much as 1 billion yuan ($148 million) to expand its stake and support the bank’s digital transition, Industrial Bank said.

The finance department of the Fujian provincial government will invest between 500 million yuan and 1 billion yuan over six months starting Tuesday buying the bank’s shares on the open market in batches, Fujian-based Industrial Bank said.

Huawei Technologies Co. Ltd., the world’s top telecom-equipment maker, launched a ride-hailing aggregator as it looks to push into the tightly regulated market dominated by Didi Global Inc., which was recently slapped with a hefty fine for breaking China’s data security laws.

The service, named Petal Chuxing, is compatible with various Huawei devices, including smartphones, smartwatches and tablet computers, which are powered by the latest version of the company’s homegrown Harmony operating system (OS), He Gang, chief operating officer of Huawei’s terminal business group, said Wednesday at a company event.

A 23-second clip of hungry pigs overwhelming and biting one of their kin at a farm run by a leading Chinese pork producer was all it took to spark a stock sell-off — and put a spotlight on the operator’s precarious financial position.

The grim video, titled “Pigs Eating Pigs,” bore a caption saying Jiangxi Zhengbang Technology Co. Ltd. hadn’t fed the hogs for eight days. Posted on the Douyin short-video platform at the weekend by a person claiming to work for the firm, the clip was no longer accessible Thursday but had already been widely reposted and shared.

A wealthy business woman under police detention since the beginning of this year has been released on bail as authorities transferred police surveillance on her from one jurisdiction to another, according to a company filing.

Zhu Linyao, known as China’s “fragrance queen” and founder of the largest flavor-maker, Huabao International Holdings Ltd., is currently under “residential surveillance at a designated residence” by the police in Anyuan county, Jiangxi province, according to the Tuesday statement.

Alibaba primary listing may lure billions of dollars from China