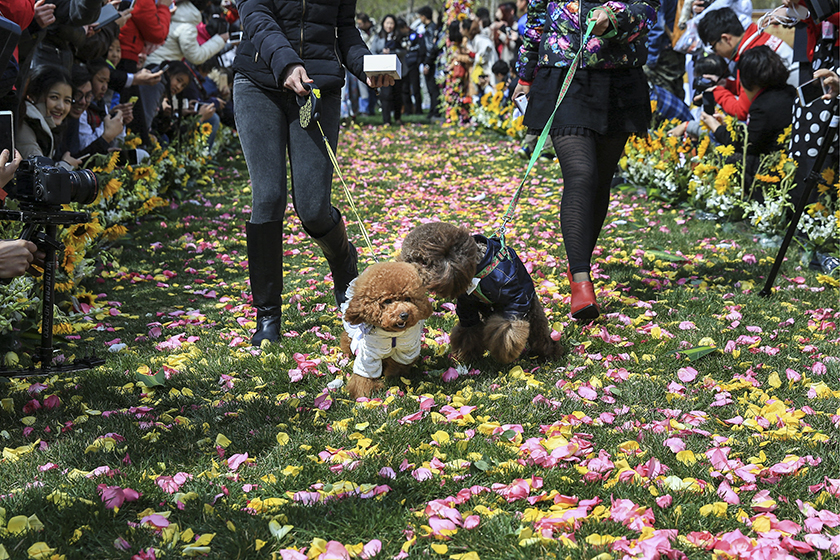 A group dog wedding ceremony attracts hoards of pet owners in 2015. According to a recent white paper, the number of dog and cat owners in China’s urban areas grew from 56.48 million in 2018 to 68.44 million in 2021, causing a boom in related products and services. Photo: VCG 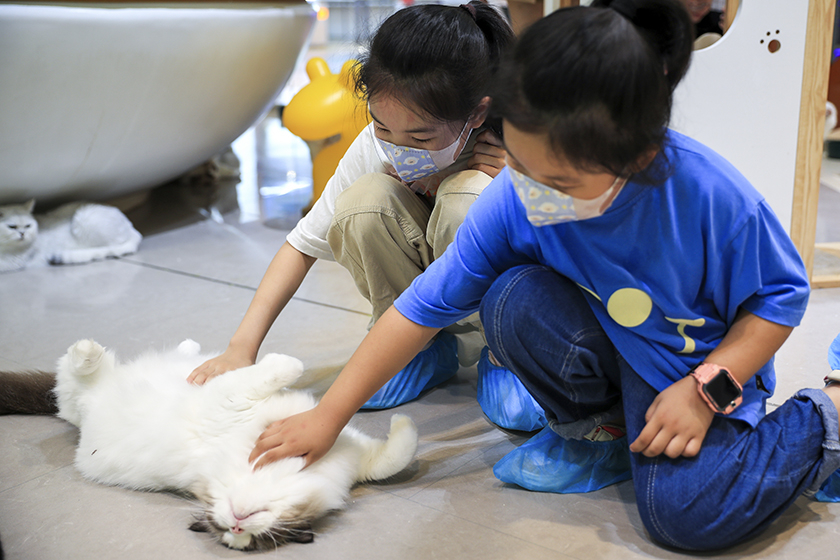 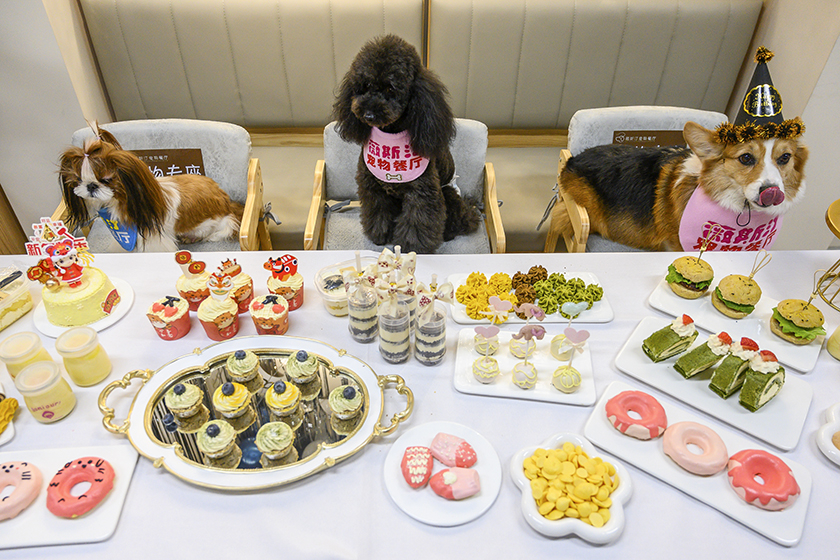 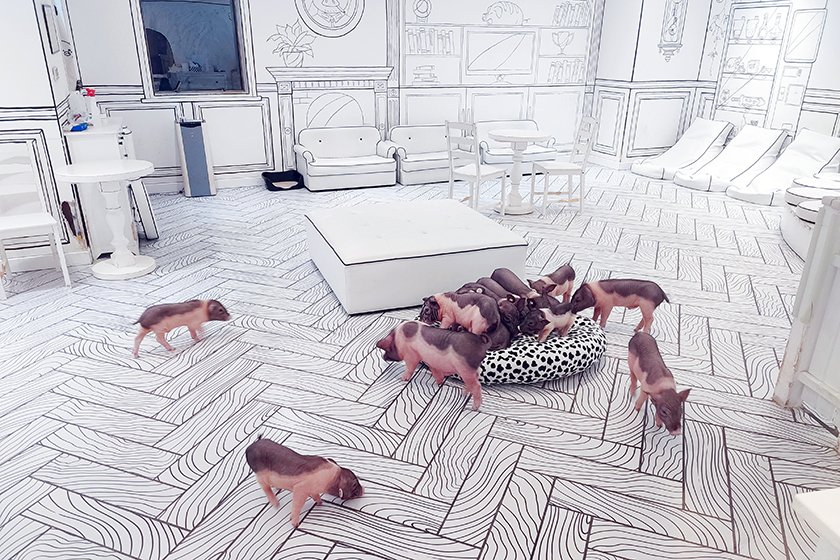 The booming pet market has also triggered unique services such as a pig viewing house in Shanghai that opened in September 2021, allowing customers to play with and photograph themselves with the diminutive porcine creatures. Photo: VCG 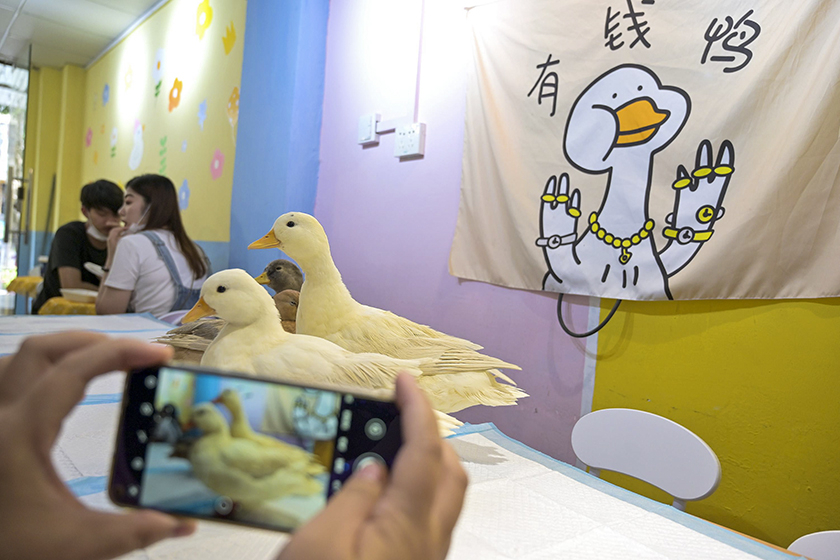 A customer snaps a photo at a duck-themed cafe in May 2020 in Nanning, South China’s Guangxi Zhuang autonomous region. Photo: VCG 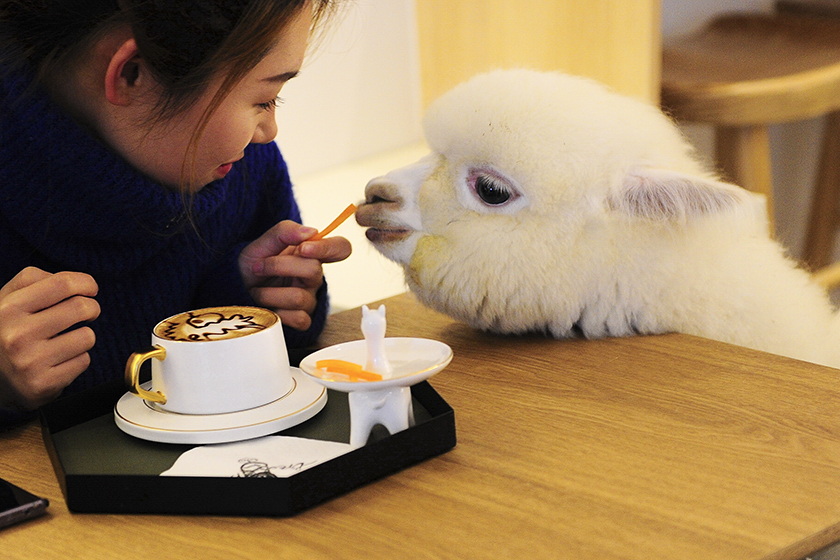 A customer feeds an Australian alpaca in a cafe in November 2019 in Shenyang, Northeast China’s Liaoning province. Photo: VCG 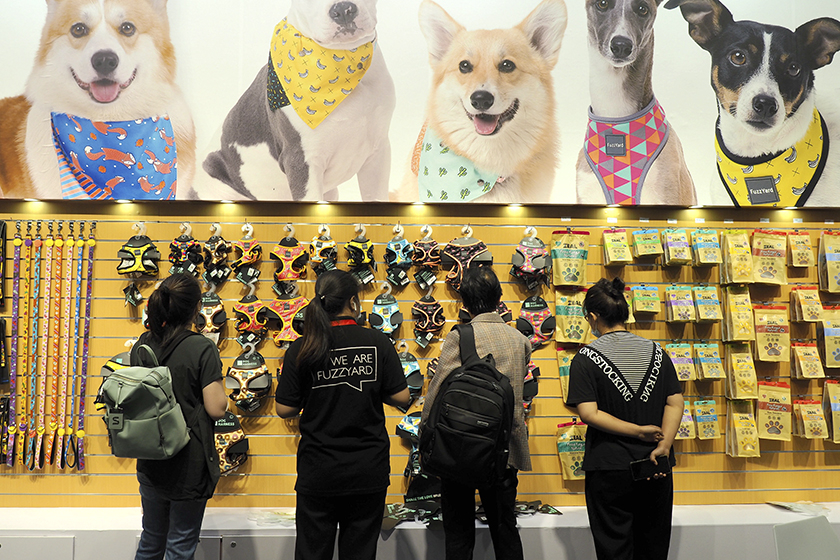 Women peruse an array of dog harnesses at a pet products expo in Beijing in May 2021. Statistics released by iResearch show China’s pet food industry grew to be worth 33.7 billion yuan in 2021. Photo: VCG 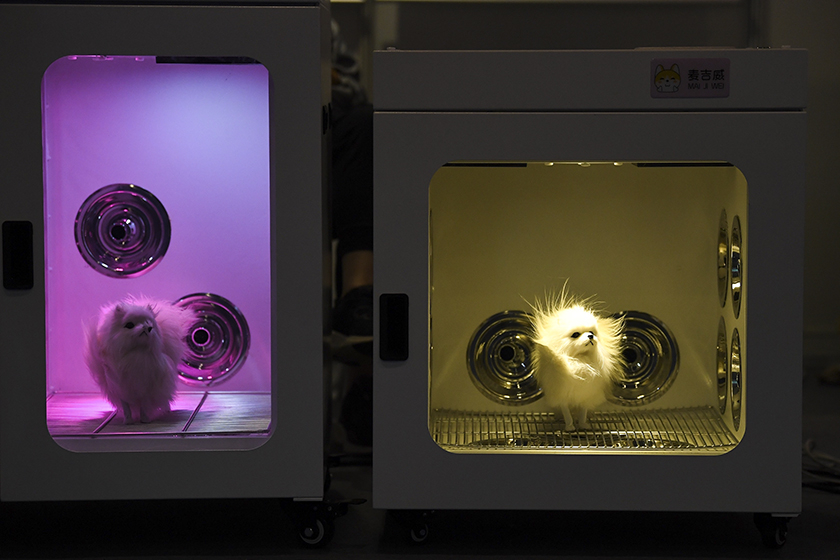 Stuffed dog figures have their fur dried at a pet product exhibition in Beijing in May 2021. Photo: VCG 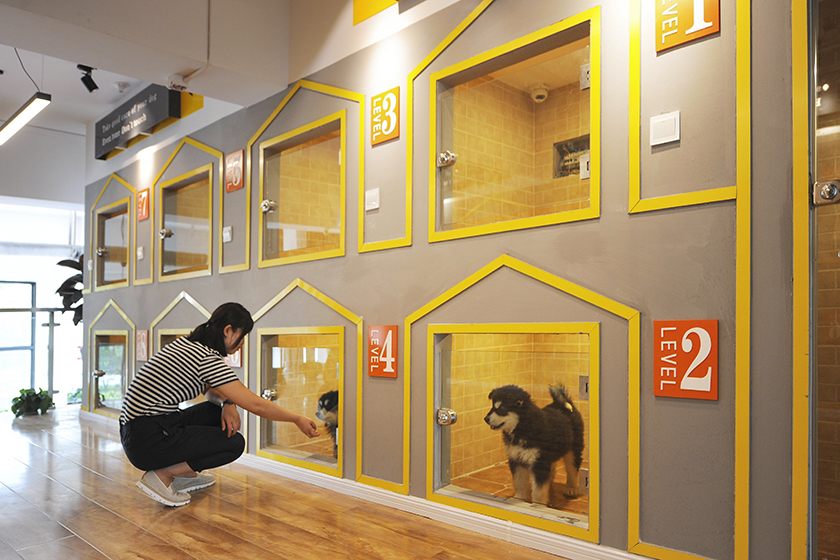 A woman interacts with a dog in a pet hotel in Qingdao, East China’s Shandong province, in June 2017. Photo: VCG 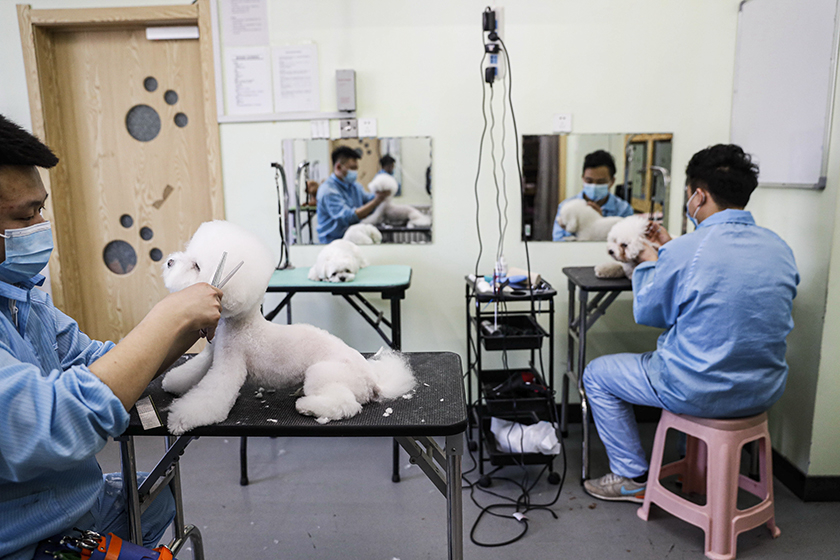 Pet groomers trim poodles at a salon in Shenyang in March 2021. Photo: VCG 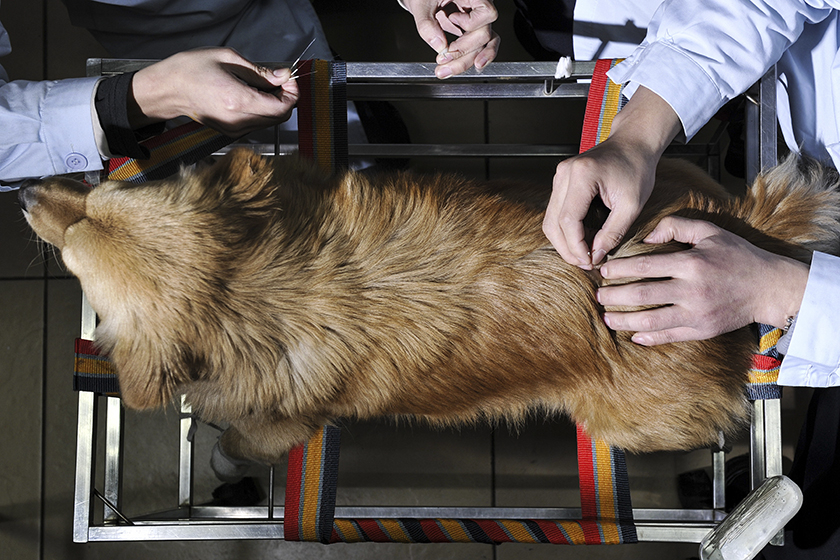 Vets perform acupuncture on a dog at a clinic in Chengdu, Southwest China’s Sichuan province, in November 2010. Factors such as the rise in pet adoption and the increasing awareness of pets’ well-being have driven growth in China’s veterinary health care market. Photo: VCG 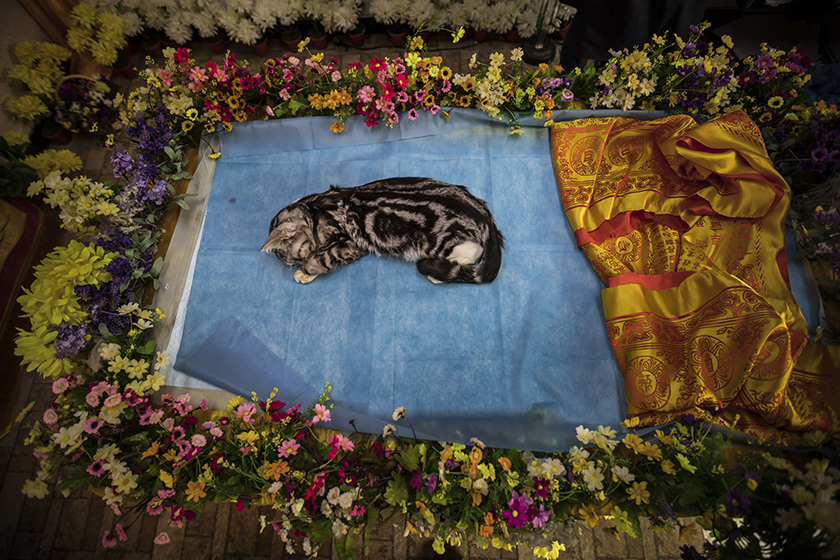