CX Daily: How a Hotly Pursued VR Startup Came to China, and Imploded 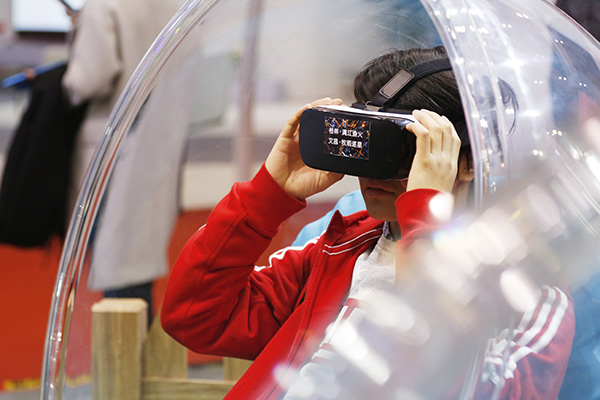 In Depth: How a hotly pursued VR startup came to China, and imploded

In late 2014, Silicon Valley-based entrepreneurs Sun Jing and Xu Bing welcomed a government delegation from East China’s Zhejiang province that was visiting the U.S. tech hub to look for overseas talent. Xu had moved to the U.S. to study and built up his career in the tech industry, and Sun had been engaged in investment and mergers and acquisitions (M&A) for more than 20 years, before working together to establish their own virtual reality (VR) startup.

After striking a deal with officials from the city of Jinhua, Sun and Xu, together with a third business partner Jiang Haiming, returned to China and founded a new startup, Jinhua Weijian Technology Co. Ltd., which was officially located in the city in early 2015.

China says cutting military exchanges is a ‘necessary warning’ to U.S. over Taiwan

As China canceled three Sino-U.S. military exchanges, its defense ministry said Monday that the move was a “necessary warning” to the U.S. for “condoning and supporting” U.S. House Speaker Nancy Pelosi’s visit to Taiwan last week.

Ministry of National Defense spokesperson Wu Qian said China’s countermeasures against the U.S. are a “legitimate defense of national sovereignty and security, which is completely reasonable and appropriate.”

As of Tuesday morning, at least 11 cities and counties in Hainan with a total population of more than 8 million adopted “whole-area static management”— barring all residents from leaving their homes unless necessary — to get a grip on their rising caseloads, according to reports from state broadcaster CCTV that cited local authorities.

The warrants are based on the MSCI China A 50 Connect Index, which tracks 50 large- and mid-cap stocks traded on the mainland’s Shanghai and Shenzhen stock exchanges, which are accessible through the stock connect program linking mainland and Hong Kong bourses.

Chinese exports to Russia are back near levels before the Kremlin’s invasion of Ukraine, propelling a rebound in trade that’s helped cool off a historic rally in the ruble.

Russia bought $6.7 billion of goods in July from China, an increase of more than a third from the previous month and up by more than a 20% annually. By contrast, its imports from Russia — which surged in March-May — rose only slightly last month after a drop in June, according to data from China’s customs authority.

Editorial: Preventing inflation and stagnation, with focus on stagnation

The business registration system showed an ownership change for Amcare Healthcare, a private hospital for women and children known for high-end services. Shareholder Xiaohe Health (Hong Kong) Ltd. increased its stake from 41.49% to 69.5%. Xiaohe Health Technology (Beijing) Ltd. owns the remaining 30.47%. The pair are subsidiaries of ByteDance, the owner of TikTok.

Chinese coffee chain Luckin Coffee Inc. said it slipped back into the red in the second quarter despite strong growth in revenue as it pumped cash into expanding its business.

The Xiamen-based startup reported a net loss of 114.7 million yuan ($17 million) in the three months ended June, compared with a 21 million yuan net profit in the same period of last year, according to its earnings report released Monday.

Debt-ridden property developer Yango Group Co. surged by the daily limit of 10% on the Shenzhen stock exchange amid expectations that a state-owned bad asset manager will step in for a bailout.

Shanghai-based Yango Group has lost nearly half of its market value over the past year as it was snarled in a debt crisis. The shares closed Monday at 2.26 yuan ($0.33).