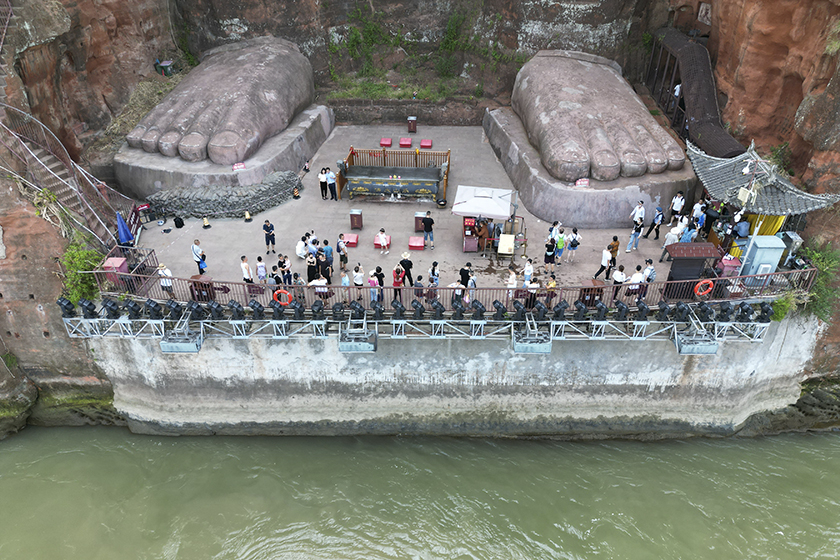 The usually half-submerged platform of the Leshan Giant Buddha in Southwest China’s Sichuan province was revealed on Saturday. Recently, some pieces of ancient architecture have resurfaced as an extreme drought has dried up rivers and lakes. Photo: Zhang Lang/China News Service, VCG 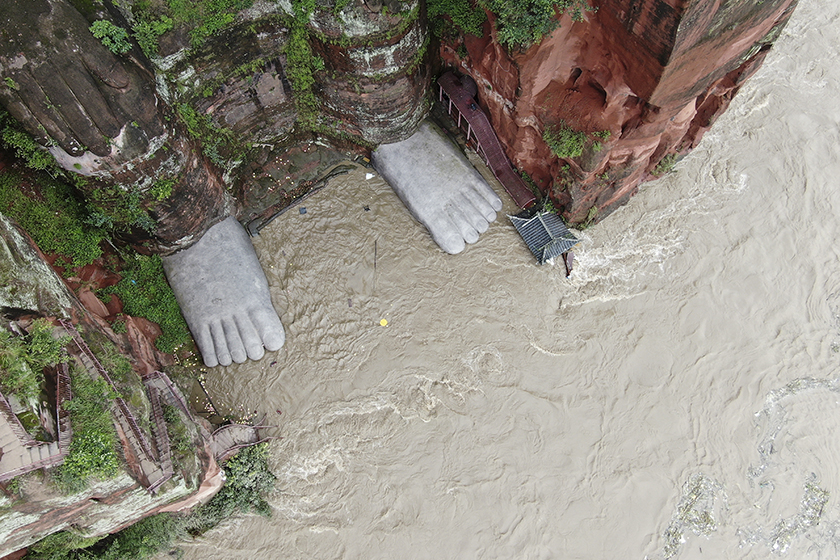 In August 2020, the feet of the Leshan Giant Buddha were partially underwater for the first time since 1949 after weeks of flooding. Photo: VCG 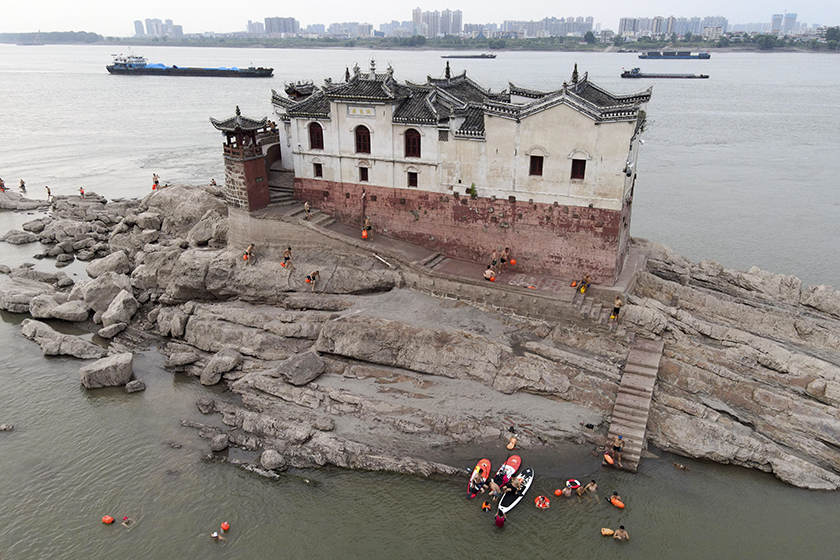 The island on which the 700-year-old Guanyin Pavilion sits appeared above the water line as the level of the Yangtze River dropped Saturday in Ezhou, Central China’s Hubei province. Photo: VCG 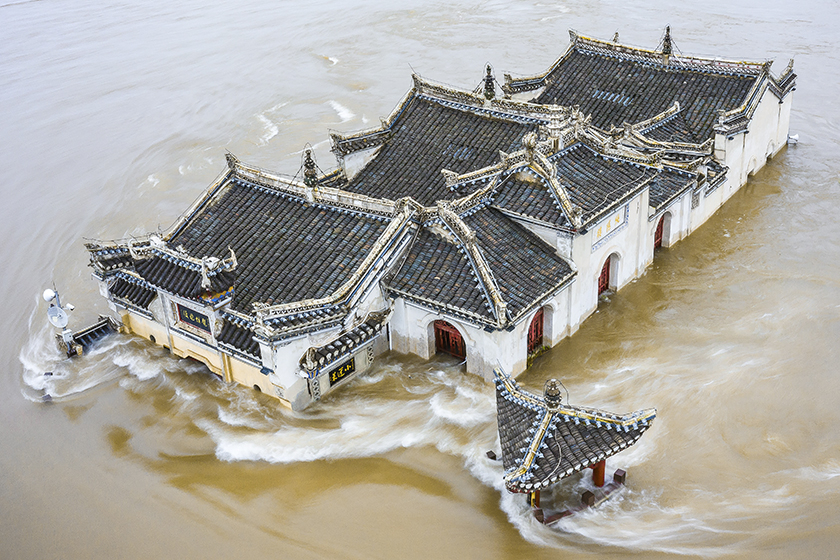 The Guanyin Pavilion was partially inundated by water during the Yangtze flood season in July 2020. Photo: VCG 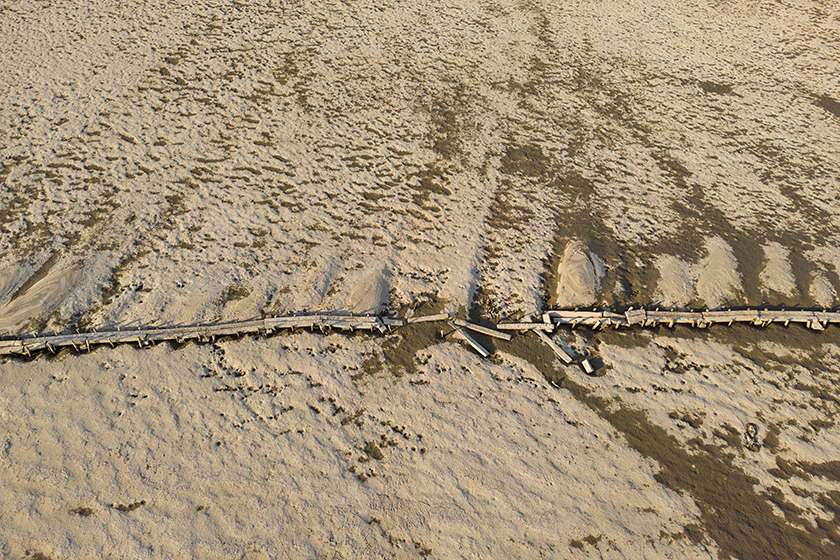 The Ming dynasty (1368-1644) Qianyan bridge that is often submerged beneath Poyang Lake during the rainy summer season was completely exposed on Sunday. Photo: VCG 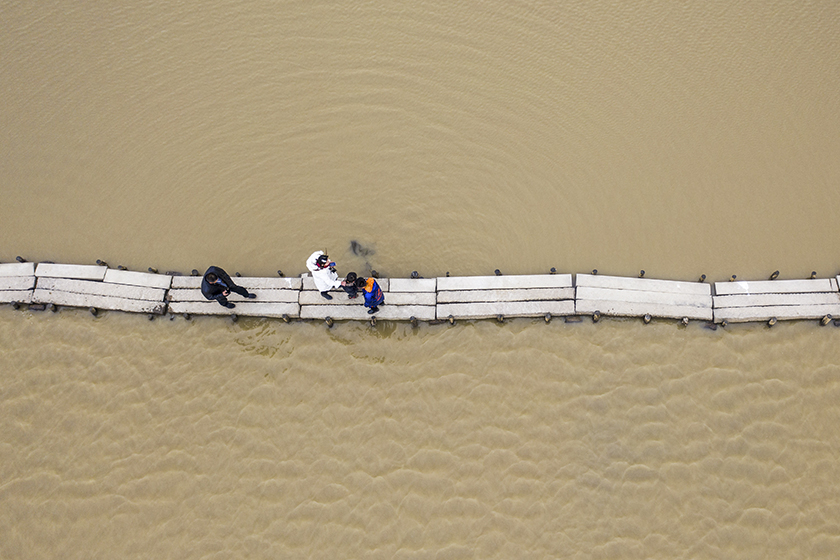 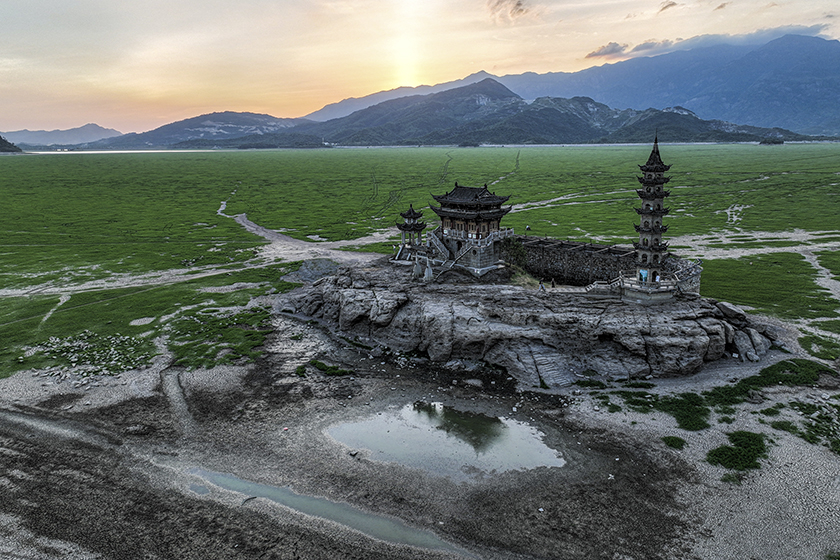 The 1,000-year-old stone island of Luoxingdun on Poyang Lake was completely exposed Sunday. The water level at the lake’s Xingzi Station dropped to 9.99 meters at 4 a.m. Friday, the lowest in the season since 1951. Photo: Liu Lixin/China News Service, VCG 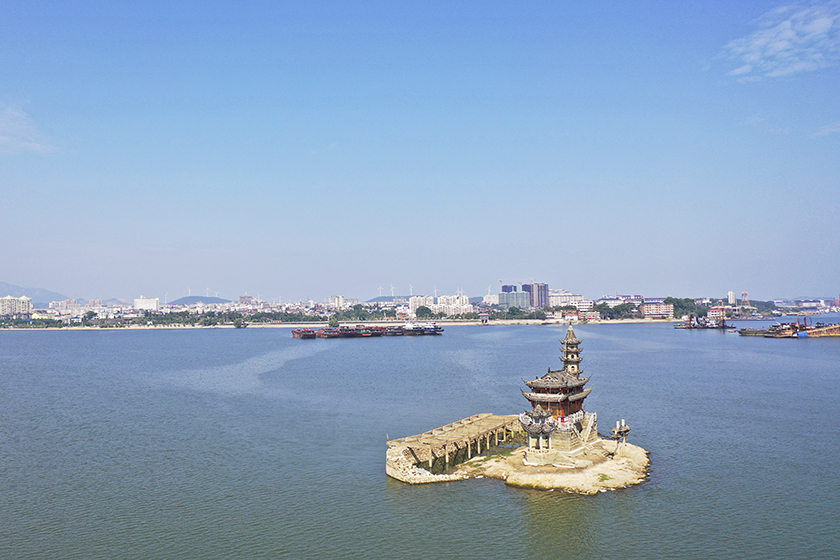 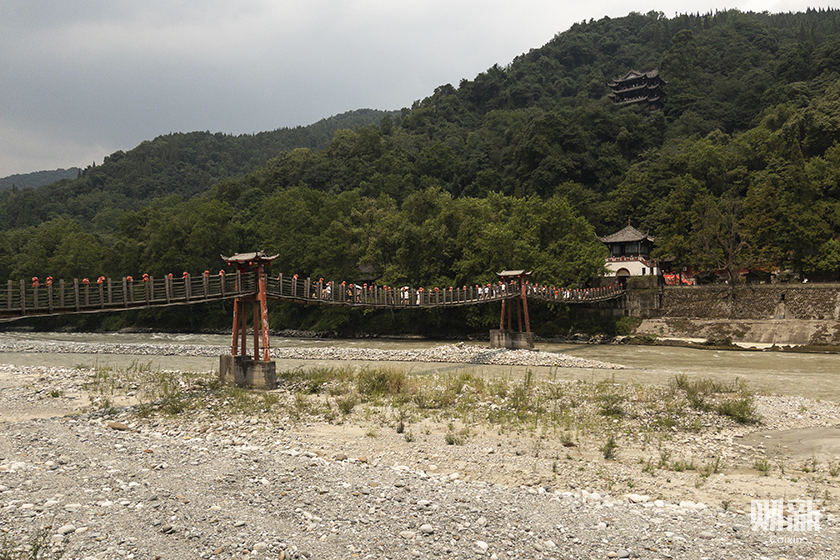 Part of the Dujiangyan section of the Minjiang River has dried up on Saturday. The Dujiangyan irrigation system was first constructed around 256 B.C., and remains in use today in Sichuan Province. Photo: Li Congxun, Intern reporter/Caixin 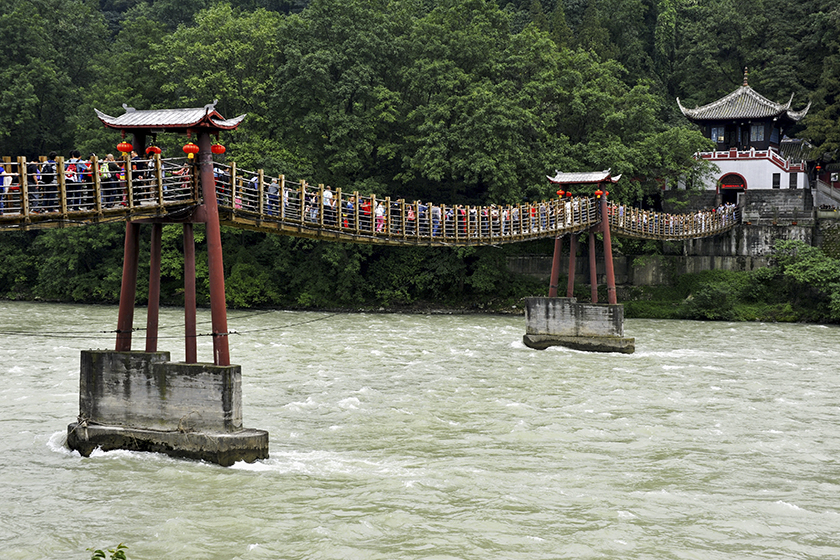 Visitors walk across a bridge in the Dujiangyan irrigation system site in October 2013. The site became a UNESCO World Heritage site in 2000. Photo: VCG 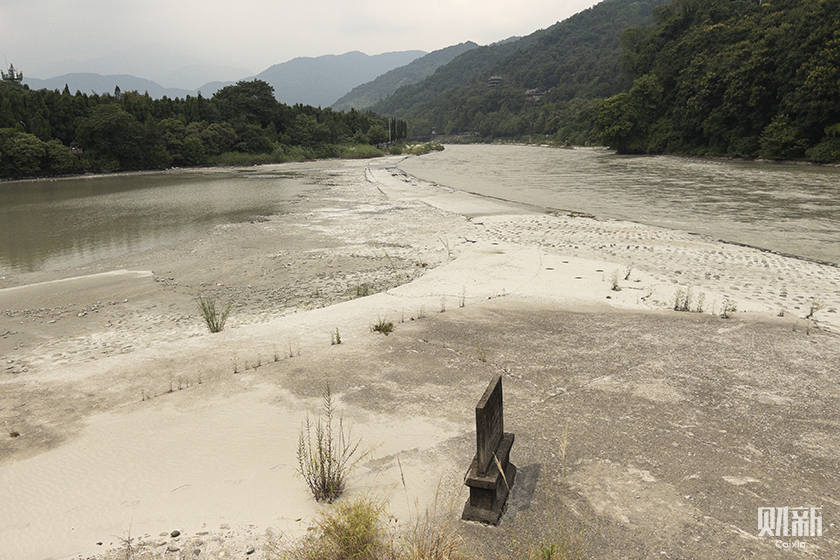 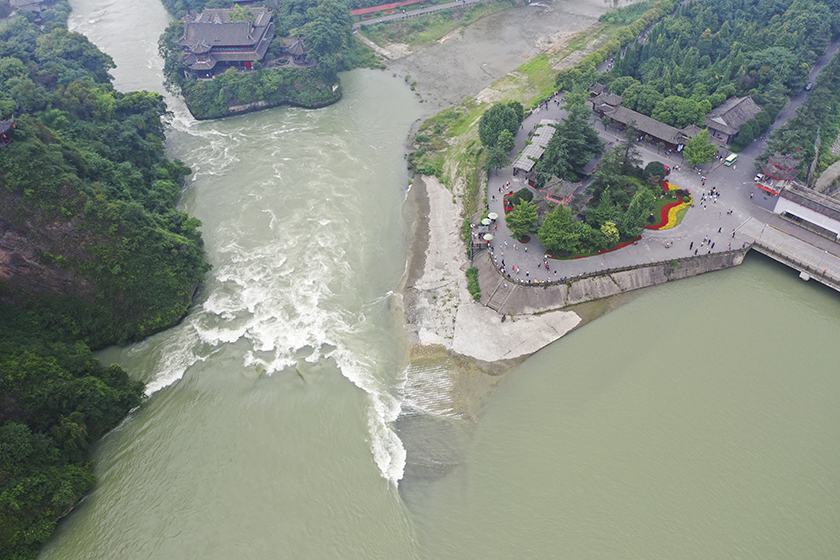 An overview of the Feisha weir in July 2021. Photo: VCG 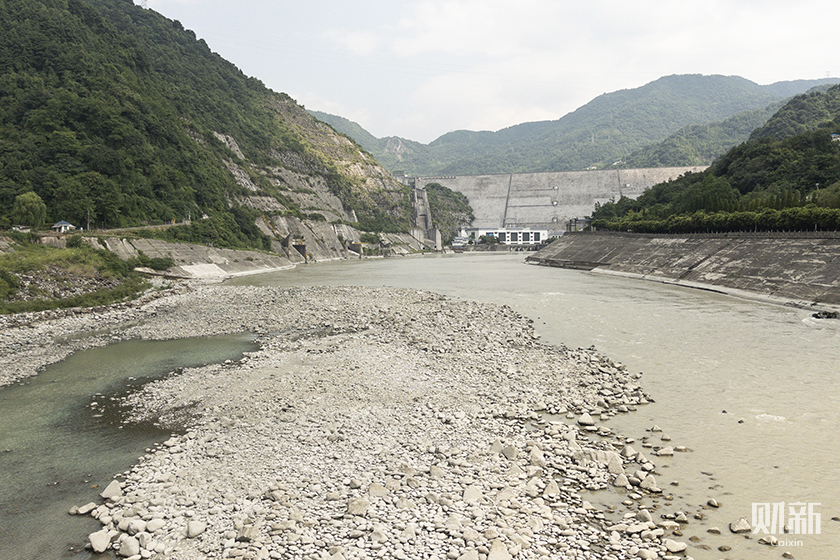 The water level of Zipingpu Dam fell to 829 meters, the lowest level in the same period since 2006, the year the dam opened. The dam is located on the Minjiang River near the Dujiangyan irrigation system. Photo: Li Congxun, Intern reporter/Caixin 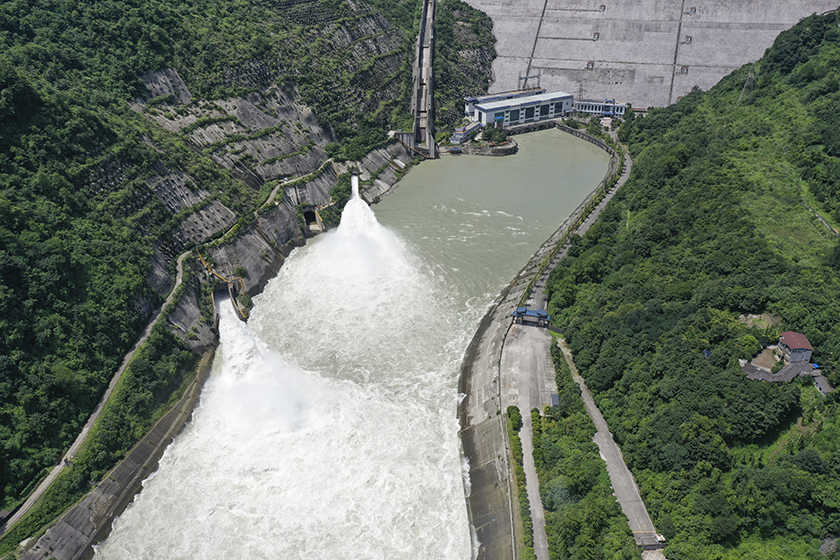 Water gets discharged at the Zipingpu Dam in July 2020. The water level at the dam is usually around 850 meters (2,789 feet) during each year’s flood season. Photo: VCG