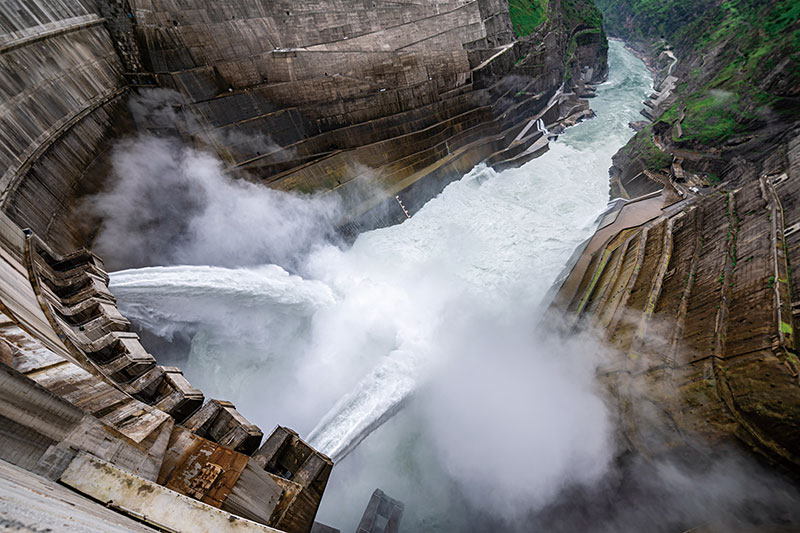 The Baihetan Dam on the Jinsha River in Sichuan province.

As much of China continues to bake under the worst heatwave in at least 60 years, a drought is drying up reservoirs and crippling hydropower stations in southwestern Sichuan province, the largest producer of the renewable energy, causing a power crunch and sparking calls for a rethink of the black sheep in the nation’s energy mix: coal.

With less than 40% of average annual rainfall flowing into the upstream Yangtze River watershed so far this year, the province’s hydropower reservoirs have dropped to half their normal levels since the start of August, slashing generating capacity by more than 50%. This has forced electricity cuts to businesses and households across the province of 84 million people, with far-reaching consequences.

Hong Kong police arrested six people linked to a transnational employment scam ring after receiving dozens of requests for help this year from residents lured to Southeast Asia by high-paying job offers and made to take on illegal work, according to law enforcement authorities and local media reports.

Of the 36 people who sought help, 14 have been confirmed free and safe while the rest are believed to be still trapped without travel documents in Cambodia and Myanmar. The victims had their passports confiscated on arrival and were tortured if they failed to scam others, police said, having fallen prey to offers of high-earning work with low requirements and some on false promises of romance.

China’s bond market regulator is pushing forward a plan to help the country’s cash-strapped property developers sell bonds in the latest move to shore up the ailing real estate sector.

The National Association of Financial Market Institutional Investors (NAFMII), the interbank bond market self-regulatory body under the central bank, Friday held a meeting with several private developers to discuss potential credit guarantees to back their borrowings from the bond market, Caixin learned from people familiar with the matter.

Hong Kong’s largest and most popular exchange-traded fund (ETF) will allow investors in the secondary market to trade in yuan starting Sept. 19, the same day as a new manager takes over its operation, allowing investors to trade the fund in a currency other than Hong Kong dollars.

The Tracker Fund of Hong Kong (TraHK), which is currently denominated and traded in Hong Kong dollars, announced Friday the addition of a new yuan trading counter. Primary market operations will continue to be settled only in the Hong Kong currency, according to a statement from the fund.

Editorial: Getting the most from special-purpose bonds

Gome Retail Holdings Ltd., one of China’s largest brick-and-mortar electronics retailers, plans to acquire real estate to develop into shopping malls and a customer experience center, a sign it is refocusing on its offline business and paring back a loss-making e-commerce venture.