CX Daily: Breaking the Ice in the China-U.S. Audit Standoff 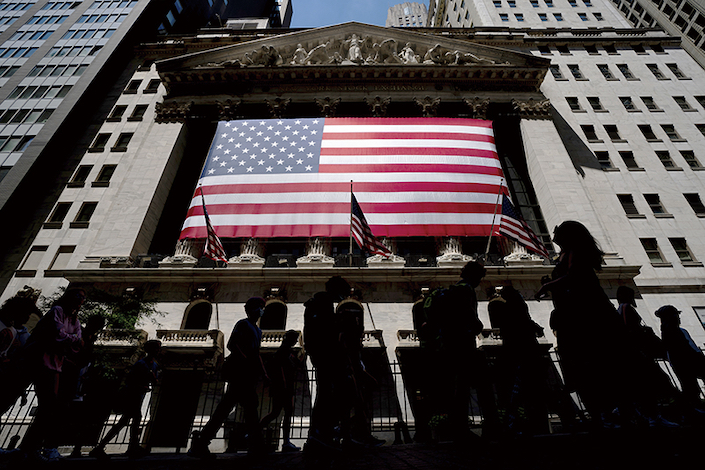 Nearly 170 Chinese companies traded on U.S. exchanges were identified by U.S. regulators as facing delisting as soon as 2023 for failing to comply with the law.

Cover Story: Breaking the ice in the China-U.S. audit standoff

As many as 200 Chinese companies and their investors may breathe a sigh of relief after China and the U.S. moved Friday to resolve a years-long dispute that threatened to get their stocks kicked off American markets.

Under a preliminary agreement between regulators in the two countries, American officials will get their long-sought access to vet accounting companies based in the Chinese mainland and Hong Kong and review audit documents related to Chinese businesses.

Eight police officers in Tangshan were detained in connection with a vicious attack on four women at a local restaurant after a months-long investigation found they had committed unspecified disciplinary and legal violations in handling cases involving the attackers, Hebei province graft busters said Monday.

The officials, including Ma Aijun, head of the Lubei district branch of the Tangshan public security bureau, are suspected of covering up for a mafia-like gang by committing crimes including bribery and abuse of power, according to a statement (link in Chinese) from the discipline inspection commission.

China’s banking regulator agreed in principle to allow two rural lenders in northeastern China’s Liaoning province to enter bankruptcy proceedings, the regulator said Friday in a statement on its website.

As much as 3.2 million hectares of arable land across 10 provincial-level areas were parched due to droughts as of Aug. 22, according to state media Xinhua News Agency. Around 3.4 million people and 580,000 large livestock have also been affected by water shortages.

China International Marine Containers Group Co. Ltd. (CIMC) terminated a $1.1 billion deal to acquire refrigerated container maker Maersk Container Industry (MCI) after a U.S. anti-trust investigation concluded it would have put virtually all of the global sector in the hands of Chinese companies.

Both MCI, which is owned by Danish shipping giant A.P. Moller – Maersk, and CIMC issued statements Thursday announcing the mutual decision in what is just the latest example of Chinese companies’ overseas acquisitions being effectively blocked by foreign governments amid tightened national security and antitrust reviews.

Li, 59, a veteran executive in the state-owned oil and gas industry, was formerly the general manager of state-owned China National Petroleum Corp. (CNPC) before he was appointed to the same role at Sinochem Holdings.

The head of a state-owned carmaker called on the government and the automotive industry to do more to prepare for the eventual end of traditional fossil fuel-powered vehicle sales as authorities in China and elsewhere begin to roll out bans.

During the 2022 World New Energy Vehicle Congress Saturday, Zhu Huarong, chairman of Chongqing Changan Automobile Co. Ltd., suggested that related government departments and industry organizations should collaborate on a timeline for the nationwide phasing out of fossil-fuel vehicle sales and design measures to help the automotive industry switch to EV manufacturing.

U.S. to suspend 26 flights by Chinese airlines in escalating dispute over Covid policies