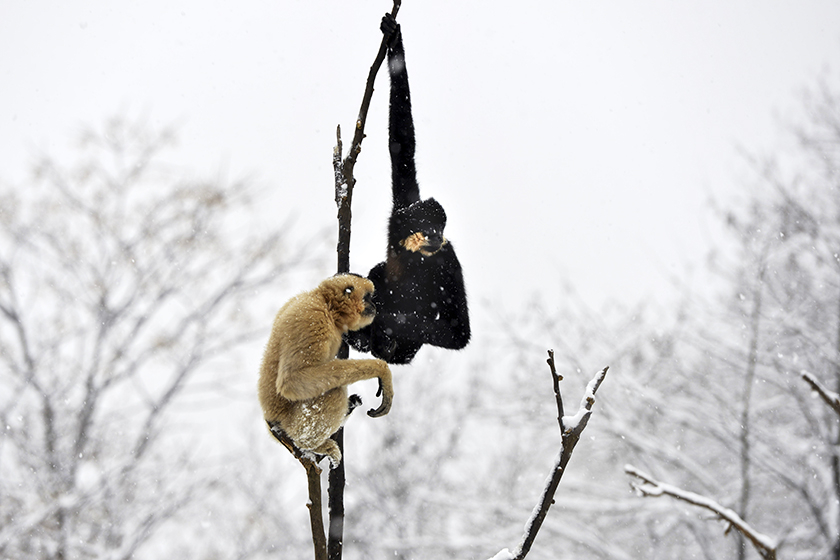 Two gibbons hang on a tree in a wildlife park in Hefei, East China’s Anhui province, in 2015. A report on the status of endangered primates in China was released on Tuesday, declaring the extinction of the white-handed gibbon and northern white-cheeked gibbon in the wild in China. Photo: VCG 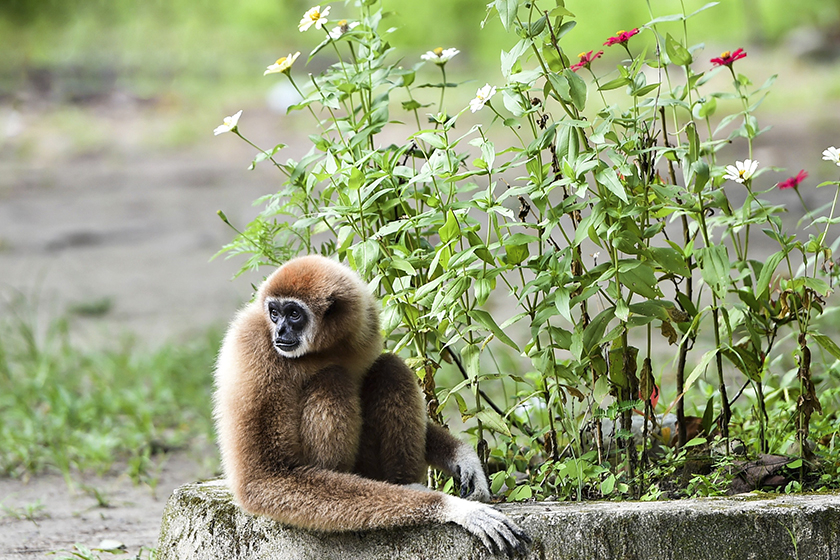 A white-handed gibbon sits after being released into the wild forest of Sampoiniet, Indonesia, in 2020. Featuring the white face ring, hands and feet, this species was once found in Lincang, Southwest China’s Yunnan province, but has not been seen in the wild in China for decades. Photo: VCG 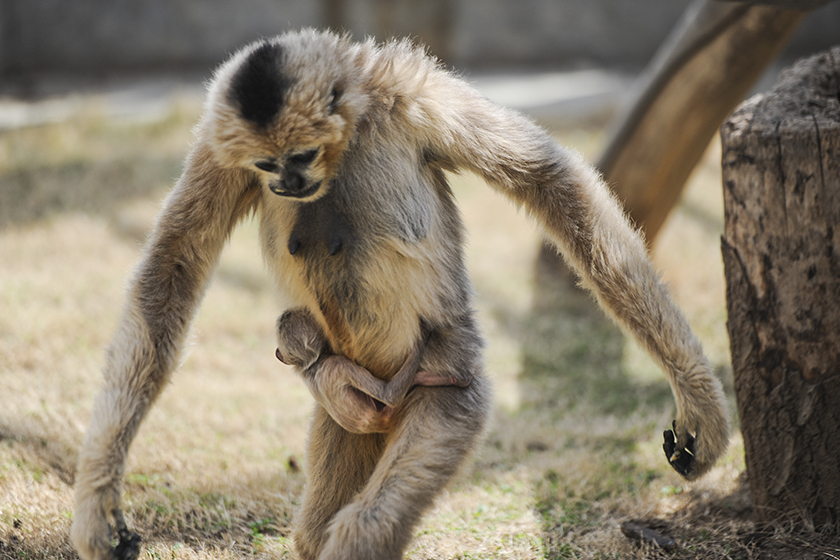 A female northern white-cheeked gibbon carries her cub in a zoo in Yantai, East China’s Shandong province, in 2016. This critically endangered species of gibbon used to inhabit the subtropical rainforests of Southwest China’s Yunnan province, but is now found only in Laos and Vietnam. Photo: VCG 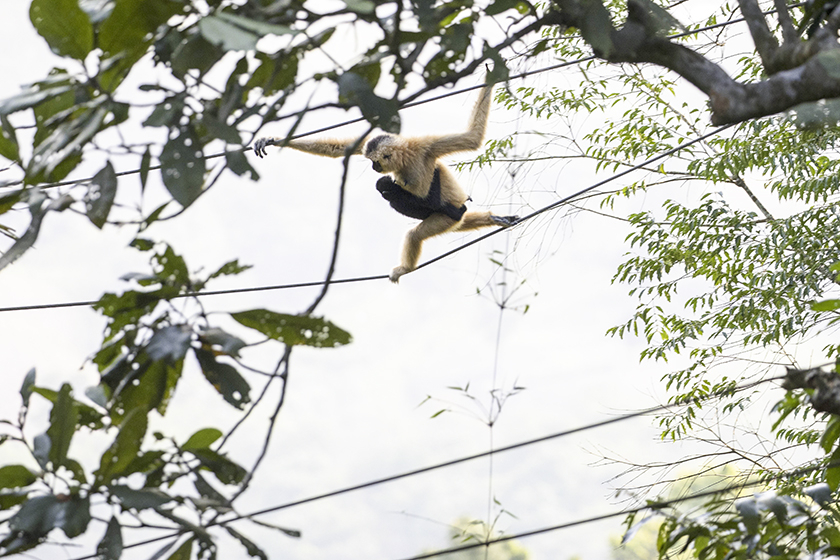 A female Hainan black-created gibbon carrying her cub passes along a rope in Haikou’s Qingsong township, on Hainan island, in 2020. This gibbon species is only found on China’s tropical island province. There were about 2,000 of them found on the island in the 1940s, and now there are just 36. Photo: VCG 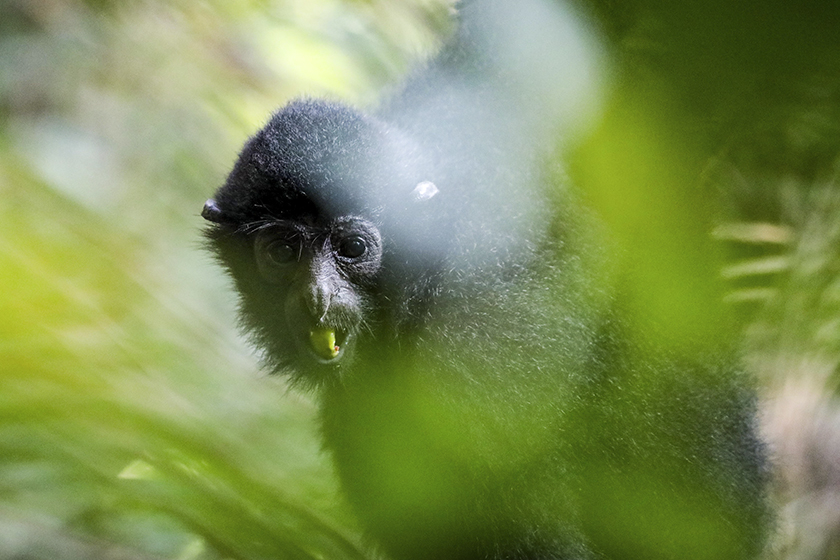 A male Hainan black-crested gibbon was found in Qingsong township in 2020. This species is selected as an umbrella species for Hainan Island: the status of the species marks the condition of the island’s ecosystem. Photo: VCG 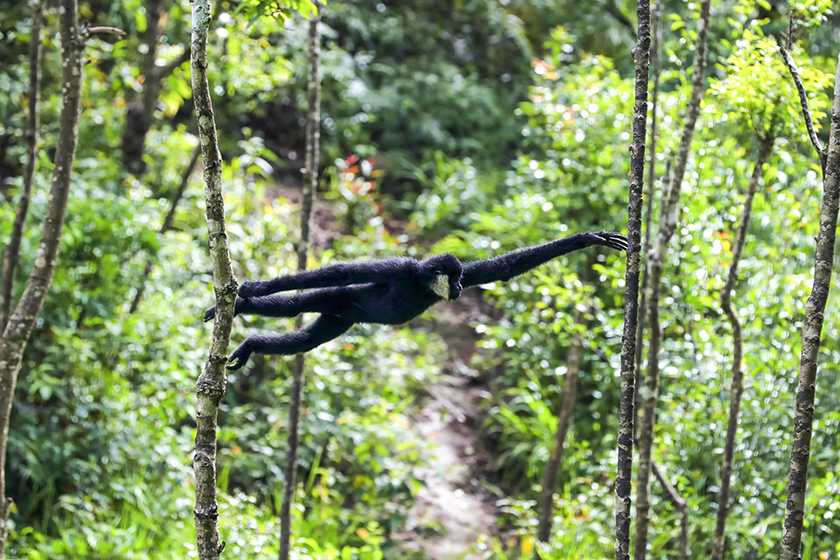 A male northern white-cheeked gibbon swings through trees in Pu'er Sun River National Forest Park in Yunnan in 2017. This species is named for the white fur surrounding its mouth and chin. Photo: VCG 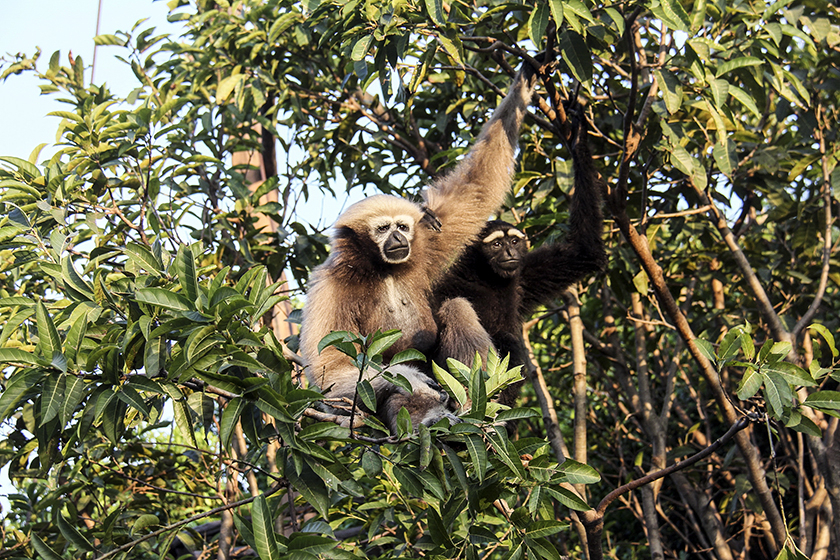 A male (right) and a female hoolock gibbon sit in a tree canopy in a zoo in Foshan, South China’s Guangdong province, in 2018. Currently, this gibbon is found only in a few mountain areas in Baoshan and Dehong Prefecture in Yunnan, and have a counted population of less than 200 individuals. Photo: VCG 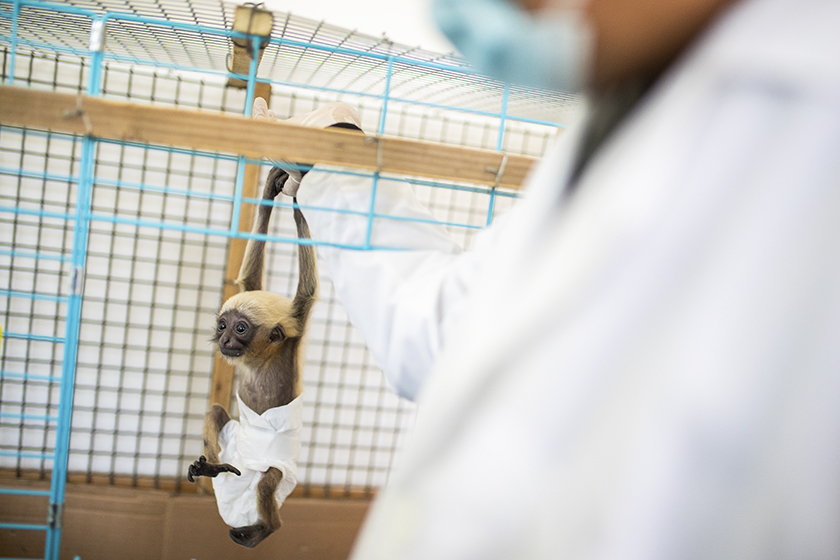