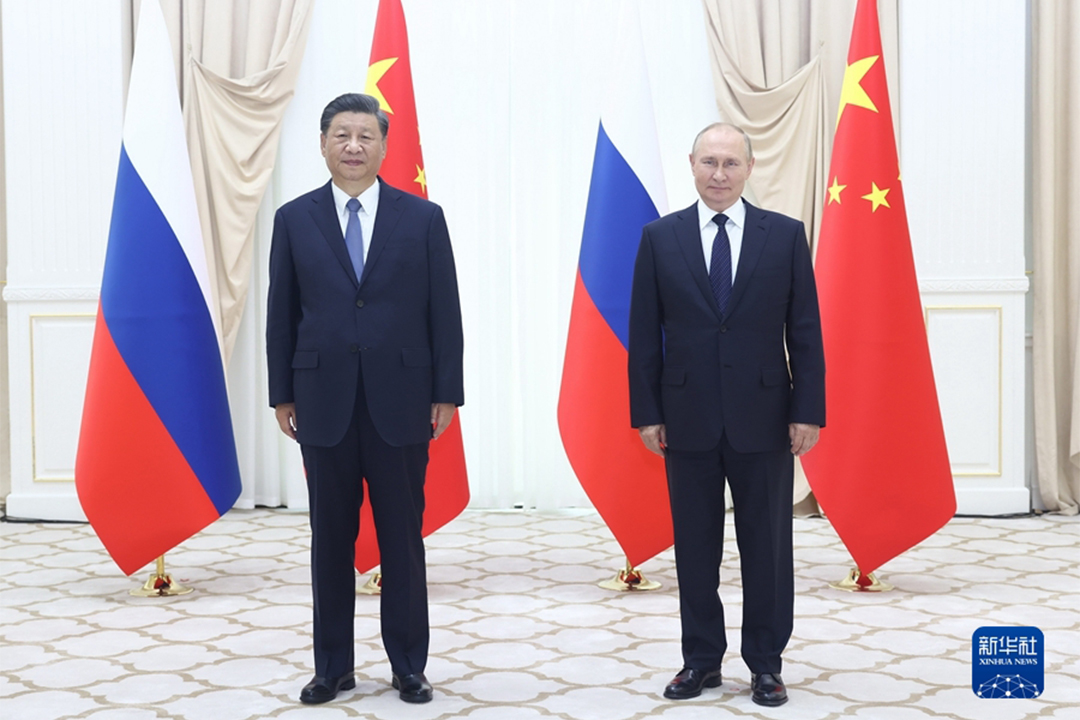 Chinese President Xi Jinping and Russian President Vladimir Putin hailed “close and effective” coordination between the two countries at their meeting Thursday in Uzbekistan, according to a statement issued by the Chinese Foreign Ministry.

The leaders vowed to work together to uphold regional security and stability while backing each other’s core interests, the ministry said. The two presidents met on the sidelines of the 22nd Shanghai Cooperation Organization (SCO) summit in the Uzbek city of Samarkand, which concludes Friday. It was their first in-person meeting since Russia invaded Ukraine in February.