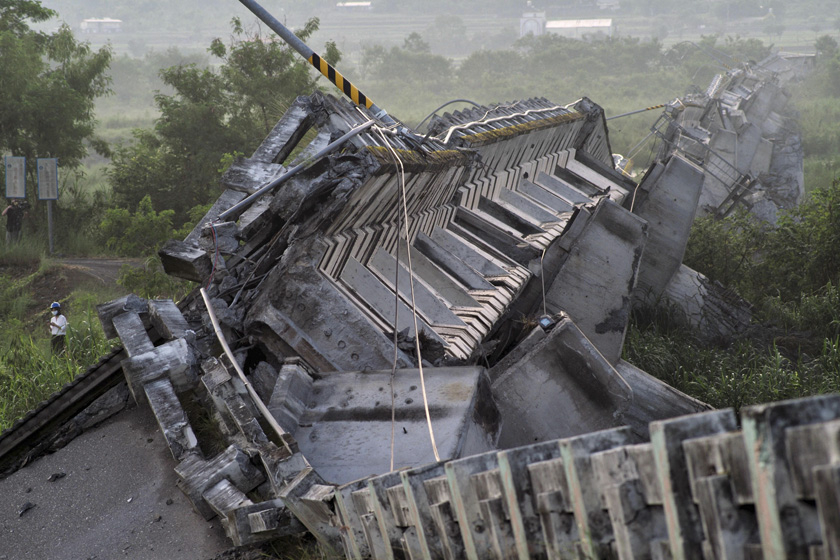 A 6.9-magnitude quake rocked Hualien county in Taiwan on Sunday afternoon, causing buildings to collapse and derailing a train. At least one person had died and 146 others were injured as of 8 a.m. Monday, according to local fire department. Photo: VCG 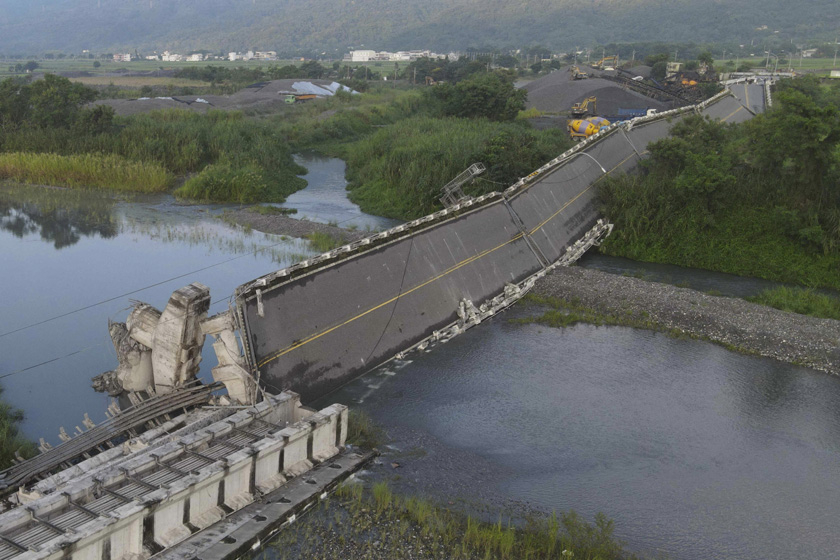 The Kaoliao Bridge, which was damaged by a quake in March and was restored in June, twisted and broke into pieces following the quake. The epicenter was detected at 23.15 degrees north latitude and 121.30 degrees east longitude at a depth of 10 kilometers, according to the China Earthquake Networks Center. Photo: VCG 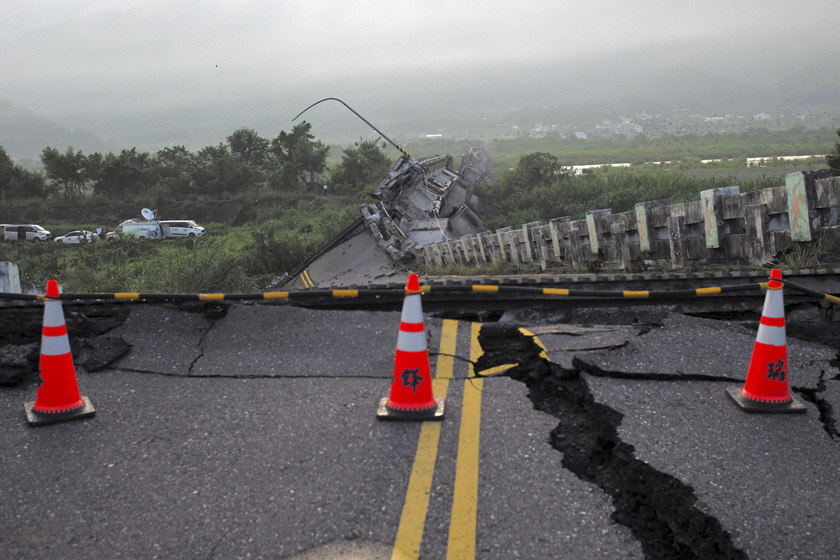 Roadblocks were erected at the scene of the collapsed Kaoliao Bridge on Monday. The quake was the largest of dozens that have rattled Taiwan’s southeastern coast since Saturday evening. Photo: VCG 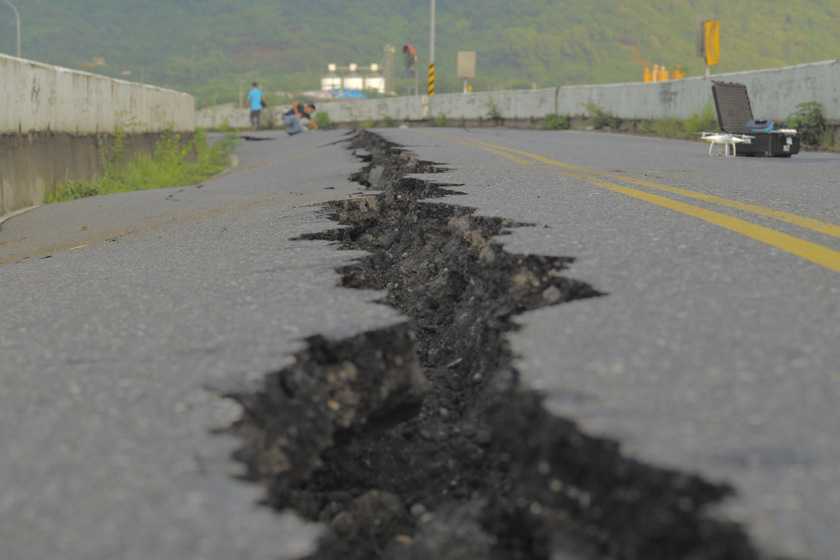 A fissure is seen along a road by the collapsed Kaoliao Bridge on Sunday. Photo: VCG 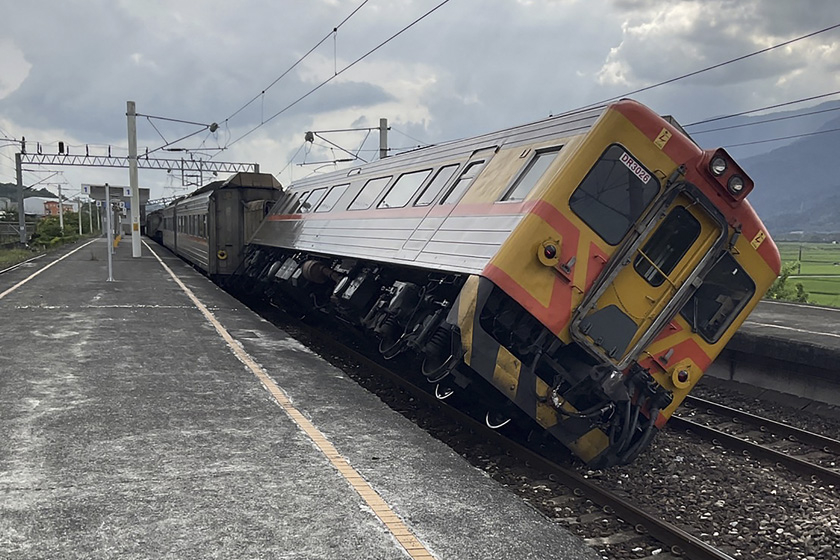 A derailed train lies on the tracks at Hualien county’s Dongli station on Sunday. Photo: VCG 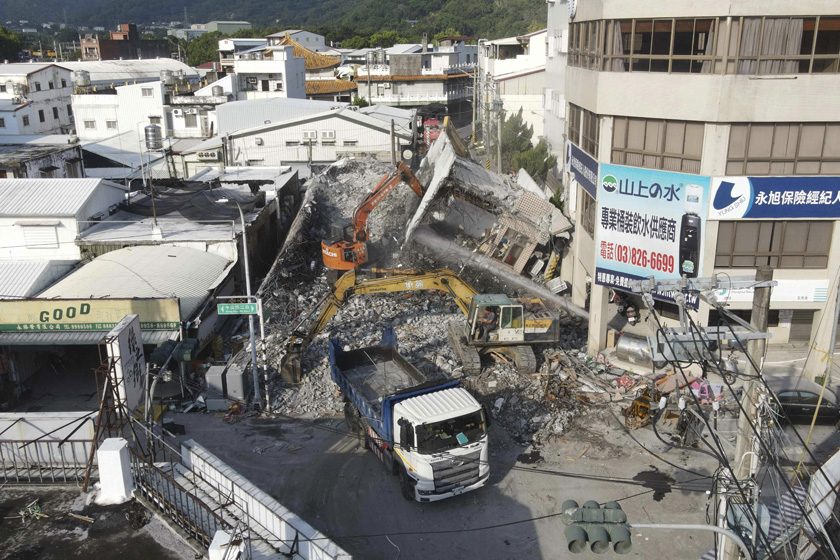 Excavators remove the debris of a collapsed three-story building in Hualien on Monday. Four people that had been trapped in the building were rescued safely, according to local media. Photo: VCG 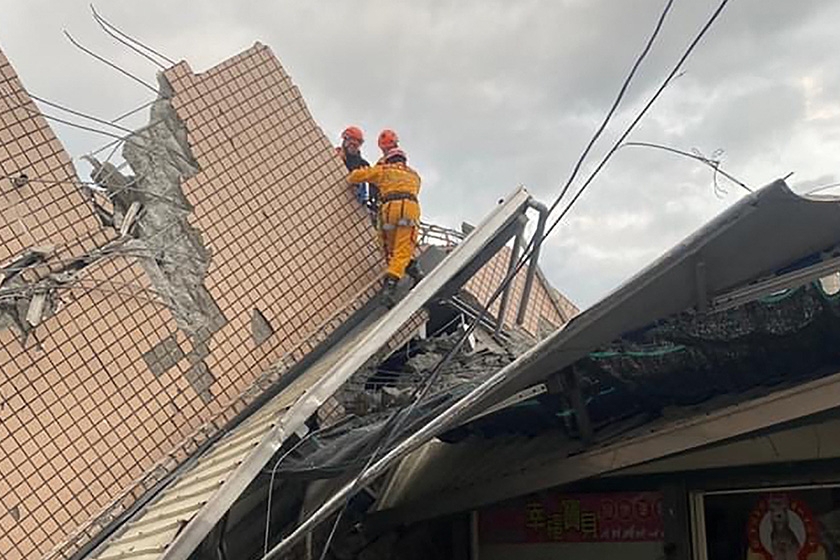 Firefighters conduct rescue work on the debris of a collapsed building in Hualien on Sunday. Photo: VCG 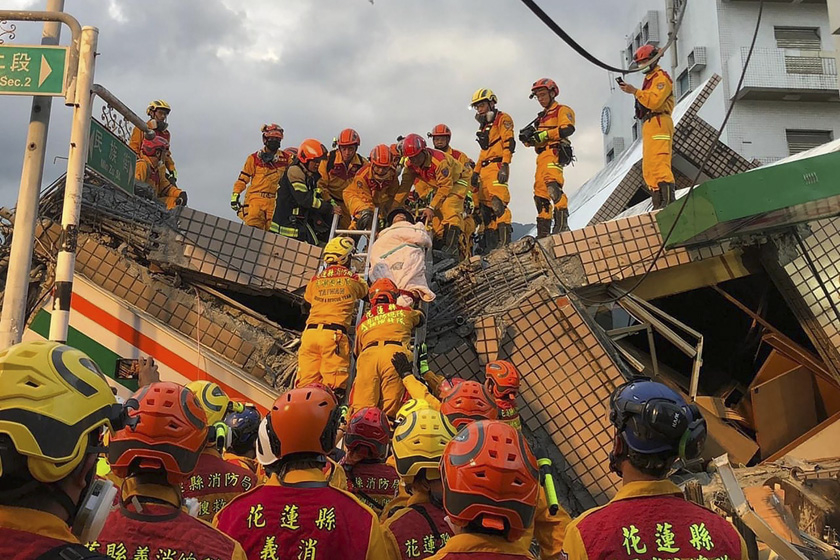 Firefighters rescue a person trapped in the rubble of a collapsed building in Hualien’s Yuli township on Sunday. The quake damaged water pipes and caused power shortages for more than 7,000 local households. Photo: VCG