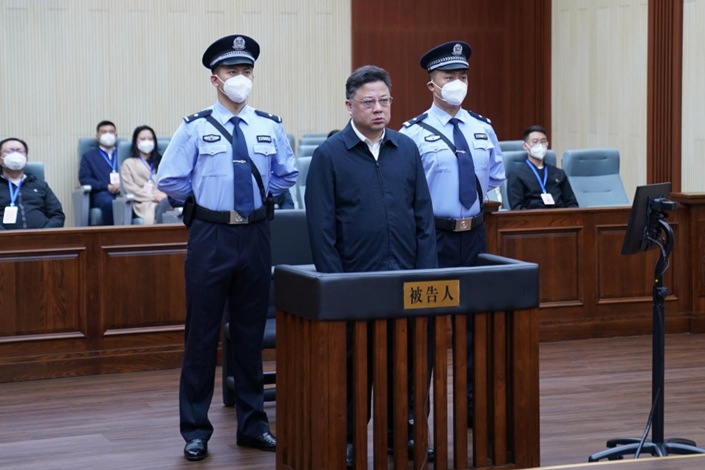 What’s new: China’s former Vice Public Security Minister Sun Lijun has been given a suspended death sentence for taking bribes worth 646 million yuan ($91 million), following the sentencing of five other former top security officials linked to his case this week.

The verdict released by a local court in Jilin province handed the 53-year-old what’s known as a death sentence with a two-year reprieve, which means that Sun will serve life in prison after two years, with no possibility of getting parole or having the sentence commuted.

The Intermediate People’s Court of Changchun, Jilin province, added that Sun was given a lenient sentence because he confessed and provided investigators with new facts pertaining to his case. Sun’s crimes included manipulating the stock market and illegally possessing firearms.

What’s more: Among the five officials linked to Sun’s case who were sentenced this week, former Justice Minister Fu Zhenghua and Wang Like, a former member of the Standing Committee of the CPC’s Jiangsu Provincial Committee, were also handed suspended death sentences on corruption charges.