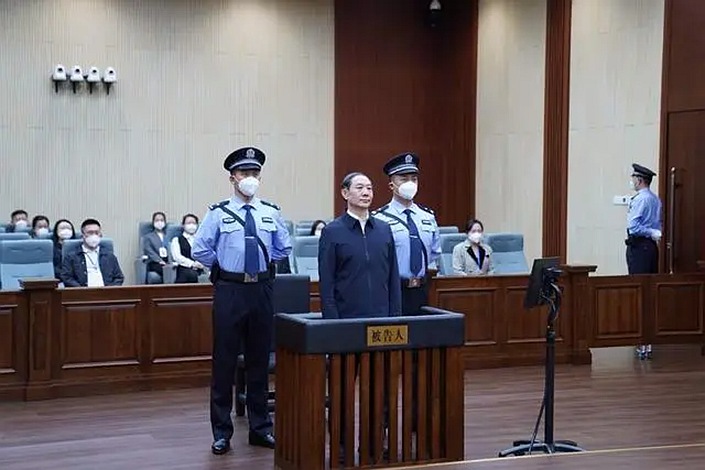 Wang accepted more than 440 million yuan ($64 million) in bribes between 1993 and 2020 while serving in various government posts including Communist Party chief of the political and legal committee and vice governor in East China’s Jiangsu. He was also deputy public security director in the northeastern province of Liaoning.

The court found Wang also allowed a criminal organization to flourish in Liaoning by helping them evade investigation and coordinating bank loans for the group while being aware of its illegal nature. In addition, Wang used his power to make false identity documents for himself, his relatives, and others.

The death sentence with a two-year reprieve will see Wang serve a life sentence if he does not commit a crime during the reprieve period. The 57-year-old will not be eligible for commutation or parole once he has served the two-year prison term, the court said.

The background: Wang is the fifth ex-official linked to Sun’s “political clique” sentenced this week. He was initially caught in a corruption probe in October 2020. Wang’s connection with Sun was spelled out in a January documentary series produced by China’s top graft watchdog and state broadcaster CCTV, which found that Wang would hide cash in small seafood boxes and give them to Sun as bribes.