By Lin Yunshi and Wang Xintong 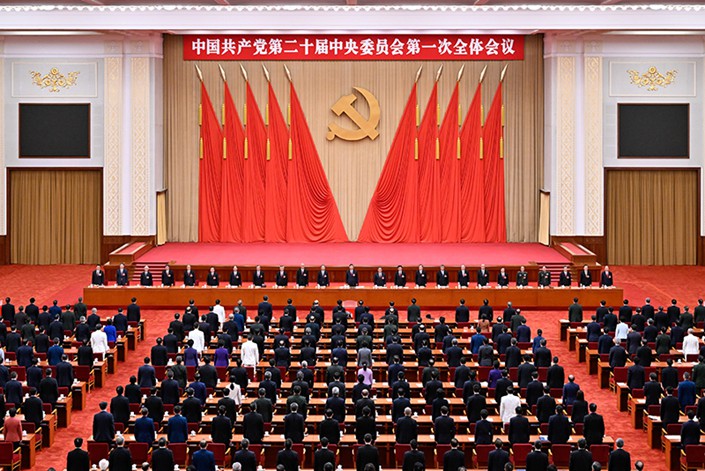 The first plenary meeting of the 20th Central Committee is held in Beijing's Great Hall of the People on Oct. 23. Photo: Xinhua

It is the first time that politicians born after 1960 have dominated the Central Committee, which sets the course for the country’s development trajectories and is reelected every five years.