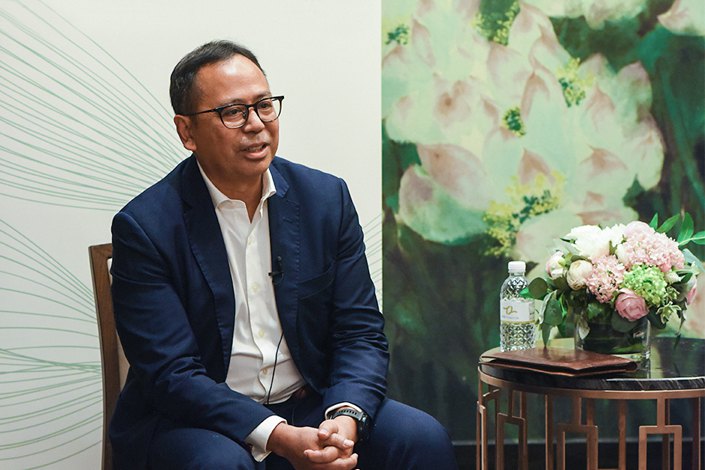 With natural resources aplenty, the world’s fourth-largest population with 280 million and a huge, young workforce, Indonesia is ramping up efforts to market itself as a country with a wealth of investment opportunities.

At the forefront of helping foreign investors unlock the long-term value of the Southeast Asian country is the Indonesia Investment Authority (INA), its $6.5 billion sovereign wealth fund. The fund’s CEO said it is putting a priority on finding the right partners rather than jumping on any deal that comes its way.

“We certainly are experiencing good growth of deal pipelines, good interest from people wanting to come in, but what we need is not just money,” INA CEO Ridha Wirakusumah said Sept. 28 in an interview with Caixin Global. “What we need is a partnership that is win-win on developing and progressing together.”

Shanghai plans to spend around 1.6 billion yuan ($221 million) to build a permanent quarantine center on an inner-city river island for Covid-19 pandemic control, according to bidding documents obtained by Caixin.

The project will renovate and expand an existing temporary hospital on Fuxing Island in Huangpu River to have 3,009 isolation rooms and 3,250 beds, including 1,300 new beds, the document showed. The construction is expected to be completed in six months.

Li Shulei, a 58-year-old Henan province native and former long-time senior official of the Party School, has become the new chief of the Publicity Department of the Communist Party of China’s Central Committee.

Li’s appointment was revealed when he presented a supplement report during a Wednesday plenary meeting of the National People’s Congress Standing Committee, where he was addressed by the official Xinhua News Agency as director of the publicity department.

While details of the alleged misconduct and the amount of the former executive’s illegal gains are unclear, multiple sources say he made a killing on hidden personal stakes in the bank’s early backing of Contemporary Amperex Technology Co. Ltd. (CATL), the world's largest producer of lithium-ion batteries. As bank president, Tian backed CMB’s pre-IPO investments in the company.

Pakistan’s Prime Minister Shehbaz Sharif will pay an official visit to China starting Nov. 1 at the invitation of his Chinese counterpart Li Keqiang, according to the Chinese Foreign Ministry.

Ping An profit falls on weak sales and market turmoil

The German government gave the go-ahead for Cosco Shipping Ports Ltd.’s controversial investment in a container terminal at Hamburg port, the Chinese company said in a Wednesday exchange filing.

The approval, which is being finalized, allows Cosco Shipping Ports to acquire as much as 24.9% of the Tollerort terminal, smaller than the planned 35% target, subject to certain unspecified conditions regarding shareholder rights, according to the filing.

In the first nine months, China shipped 2.26 million vehicles, up 51.6% from a year earlier and surpassing the 2021 total, according to the General Admission of Customs.